Yami Gautam said: ‘I was categorized as ‘beautiful’ girl, I was trapped in it’ 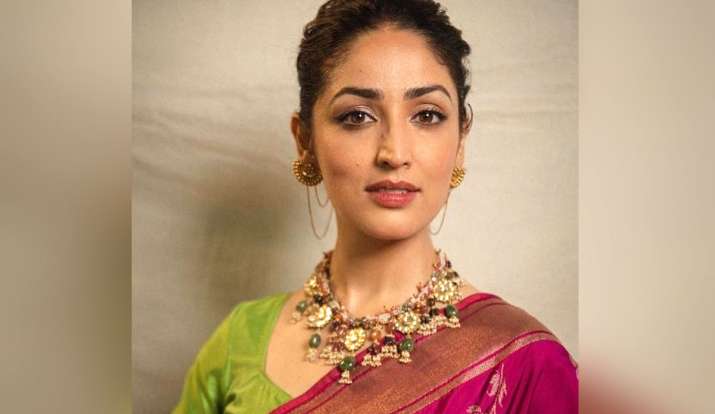 Actress yami gautam She says she is satisfied that she is finally getting a chance to be a part of different kinds of films and wants to break her image of a ‘beautiful girl’ that the film industry has created. Yami started her acting career in Hindi films with ‘Vicky Donor’ released in 2012 and after that she went on to do films like ‘Badlapur’, ‘Kaabil’ starring Hrithik Roshan. But her performances in the 2019 films ‘Uri: The Surgical Strike’ and ‘Bala’ were widely praised.

In an interview to PTI, the 32-year-old actress said that she initially found it difficult to deal with the stereotypes created about her. She said, “I have always been on the lookout for such scripts and challenging roles, but earlier I did not get such opportunities. I was kept in the category of sweet, beautiful girl and sad girl for a long time. I got stuck in it. I couldn’t figure out how to get out of it. I didn’t know how to tell.”

Photos: Yami Gautam was seen in a dhoti style sari, the unique style of the actress was seen in the promotion of ‘Bhoot Police’

Yami Gautam says she did ‘Kaabil’ in 2017 with the hope that her role would make the makers meet to the best of her ability, but she didn’t get the kind of opportunities she wanted. ‘Uri’ was the most successful film of her career and it made the actress realize that even a short duration role on screen can make an artist shine. She said, “I know it was a small role but I have never shied away from doing it in my career. If the script is good, the character is strong, I will.” He said that in international films, an actor is not judged by how long his character is being shown on screen.

The actress, however, is starring in “Bhoot Police”, which is being aired on “Disney Plus Hot Star”. Gautam said that he was supposed to work with producer Pawan Kriplani in some other film but got an offer of ‘Bhoot Police’ which he found very tempting. ‘Bhoot Police’ is produced by Ramesh Taurani and Akshay Puri and also stars Saif Ali Khan, Arjun Kapoor and Jacqueline Fernandez.

Akshay Kumar’s co-star Vaani has ever handled such work in hotels, luck changed like this

Top 5 Movies That Will Help you Become Rich

Happy independence day 2021: Top 100 quotes, Wishes and massages to share with your loved ones