SportsWill Virat Kohli resign from captaincy? Rohit Sharma will be the...

Will Virat Kohli resign from captaincy? Rohit Sharma will be the captain of Team India for limited overs after T20 World Cup: Report 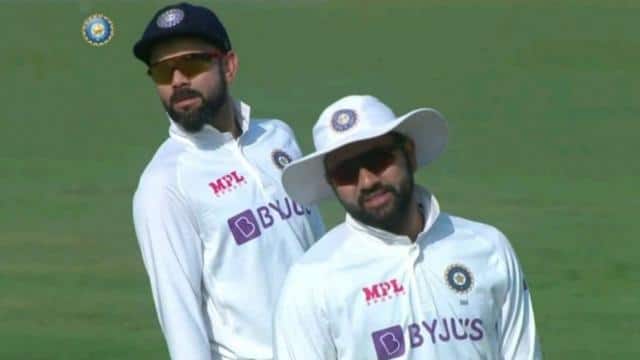 White ball cricket within the Indian cricket team is likely to witness a major change in the next few days. The current captain of the team, Virat Kohli, is expected to step down from the ODI and T20 captaincy after the T20 World Cup to be held in the United Arab Emirates and Oman in October-November and then Rohit Sharma is expected to be made the captain of Team India in limited overs. Chances are. Sources with knowledge of this matter have informed The Times of India.

Sources confirming to The Times of India said that the 32-year-old Virat Kohli, who is currently captaining the Indian team in all formats and India’s most successful captain till date, took the captaincy along with 34-year-old Rohit Sharma. decided to share the responsibilities of The newspaper report said that Kohli has had lengthy discussions on the issue with Rohit Sharma and the team management over the past few months.

Sources have said that the pressure of captaincy in all three formats is affecting Kohli’s batting. Kohli also believes that his batting needs more time and more speed across formats. He said, ‘Virat himself will announce it. He is aware of the need to focus on his batting. He is called the best batsman in the world because he knows about his batting. Between 2022 and 2023, India has to play two World Cups (ODIs and T20s), so Kohli’s batting is considered important.

The sources further added, “Captain Kohli also feels that his overall responsibilities as captain across formats are taking a toll on his batting. For this he needs to keep himself fresh as he still has a lot to offer to the team. If Rohit takes over the captaincy of the team in limited overs, Kohli can continue to captain the Indian team in Tests as well as work on batting in T20s and ODIs as well. He is just 32 years old and looking at his fitness, it can be said that he will easily play at least 5-6 years of top cricket now.

Kohli became the Test captain of the Indian team in 2014 after the resignation of Mahendra Singh Dhoni. After this Dhoni resigned from captaincy in all formats in 2017 and then Kohli was made the captain of T20 and ODI after Test. Kohli has captained 65 Test matches so far, in which he has won 38. At the same time, in ODIs, he has led Team India in 95 matches and has won 65. Kohli has also captained India in 45 T20 Internationals, in which he has won 29 matches.

India vs England: The fate of these 3 players is very bad, the entire England tour will be cut on the bench itself!

Mukesh Ambani got the top slot in Forbes India Rich List 2021 and Gautam Adani was at number two, these Indians are also included...

Will Divya Aggarwal talk to Shamita Shetty after ‘Bigg Boss OTT’ is over? Know the answer of the actress