SportsWill Ravi Shastri and Virat Kohli get punished for their negligence for...

Will Ravi Shastri and Virat Kohli get punished for their negligence for the book launch? 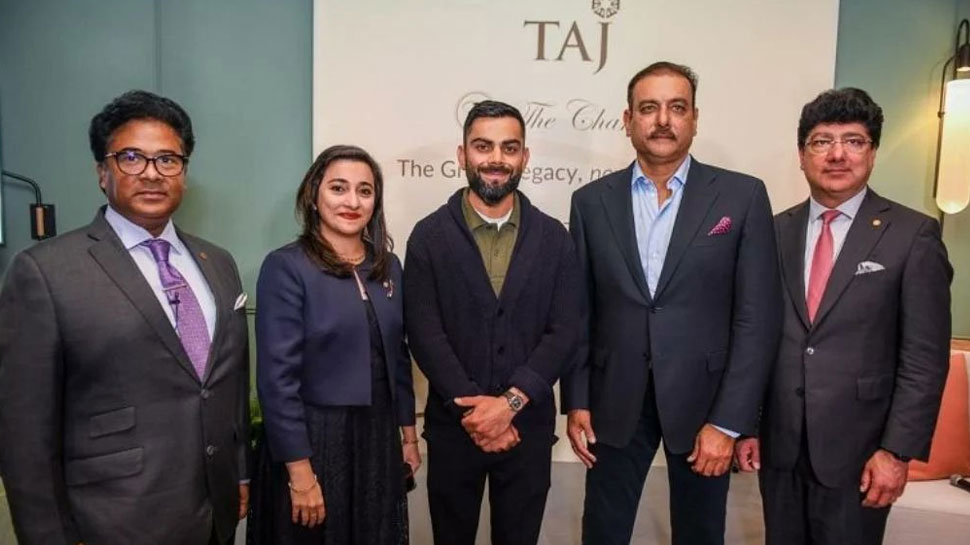 
New Delhi: The 5th Test between India and England was canceled due to the entry of Corona virus in Team India’s camp. After this, questions are being raised on head coach Ravi Shastri for attending the book launch program organized in London as health safety protocol was broken in it.

Ravi Shastri had corona
Ravi Shastri, bowling coach Bharat Arun, fielding coach R Sridhar and physio Nitin Patel were found positive after that ceremony held at a five-star hotel before the fourth Test. All of them have taken both doses of Kovid vaccine.

Also read- ‘Yorker King’ like Bumrah will not be able to play T20 World Cup 2021, these 3 players cut the leaf

Yogesh Parmar also positive
Indian team’s assistant physio Yogesh Parmar has also been found positive, after which the Indian team decided not to play the fifth match. Indian captain Virat Kohli and his teammates were present at the ceremony, which was also attended by outside guests and no one was wearing a mask due to the relaxation of rules in Britain.

Permission was not taken from BCCI
According to PTI, it has been learned that either Shastri or Kohli did not take written permission from the BCCI to participate in that function at the team hotel. A senior board official said, “Permission was not taken from President Sourav Ganguly or Secretary Jay Shah. Perhaps they felt that if there is a relaxation in health safety rules in Britain, then permission is not needed.

responsibility of this officer
Team India’s administrative manager Girish Dongre’s job is to complete all the paperwork for such celebrations and ensure that the protocol is followed.

Shastri and Kohli will get punishment?

A BCCI official said, “Shastri or Kohli are unlikely to be punished for this act before the T20 World Cup. After that Shastri is going to leave.” If Kohli is the captain then he too will not be punished. Dongre may be asked what he did as an administrative manager.

‘The players were scared’

The board official said, ‘BCCI wanted him to play but some senior players were so scared that both the boards became concerned about his mental health. He was scared to stay in isolation and bubble for ten more days. But why did he not show understanding when he agreed to go for the release of Shastri’s book.

Did not learn from Pant’s case

Now the question arises that after Rishabh Pant was found positive after the World Test Championship final, Board Secretary Jay Shah had asked the players to stay away from the crowd, was it implemented. The official said, ‘There are relaxations in the rules in the UK, but such crowds should have been avoided. These people took part in the ceremony and got scared when the cases of infection came.

Share
Facebook
Twitter
Pinterest
WhatsApp
Previous articleJasprit Bumrah like ‘Yorker King’ will not be able to play T20 World Cup 2021, these 3 players cut the card
Next articleThese players could have proved to be match winners in the T20 World Cup, the selectors made a mistake by throwing them out!

IPL 2021: Delhi Capitals confirmed, Rishabh Pant will be in the hands of the team in the second phase of IPL

Card sent to everyone after Rhea Kapoor’s wedding, told the reason for not calling big stars