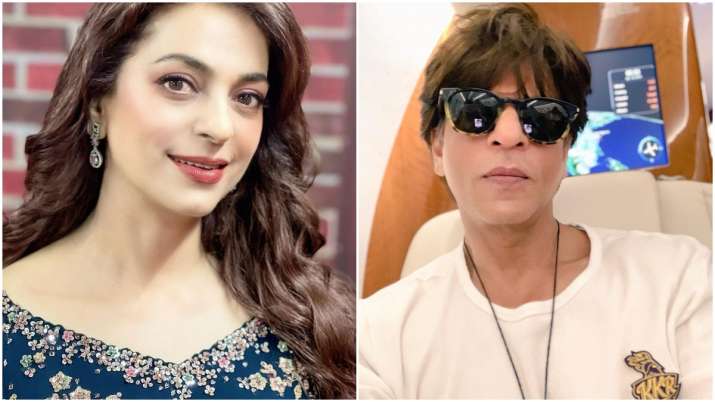 Mumbai: Bollywood actress Juhi Chawla has revealed an incident when superstar Shah Rukh Khan arrived at her party at 2.30 pm! Juhi revealed this on the sets of ‘Zee Comedy Show’ where she will be seen as a special guest this weekend.

Juhi said, “Whenever we have a party at our house, we always invite Shah Rukh Khan. During a party, I called him and everyone was excited that he is coming, especially my staff, because They wanted to take pictures with him.”

The actress recalled, “I had asked him to come by 11 pm, but he had said he would come a little late. Eventually he came around 2.30 pm. By then the staff had left and I was asleep. Eating. It was over too, everyone had gone to their homes. This is what happens when you arrive late.”

Commenting on Shah Rukh Khan’s habit of arriving late, the show’s Laughing Buddha Farah Khan said, “We all know that when we have call time at 9 PM, we know Shah Rukh Khan at 2 PM. Will come. However, when he suddenly comes at 11, things go for a toss. ‘Sab gadad ho hai’ and then we have to change things up.”

Farah gave a funny piece of advice to Shahrukh saying, “I think, if you are late, be constantly late.”

Spoiler! Yeh Rishta Kya Kehlata Hai: Seerat will die as soon as she gives birth to a daughter!

Rahul Dravid will not be able to become the coach of Team India! Now you will get second responsibility

World Mental Health Day 2021: Know how important mental health is and its history

Kartik Aaryan told the climax sequence of the film ‘Bhool Bhulaiya 2’ challenging, shared the shooting experience with the fans