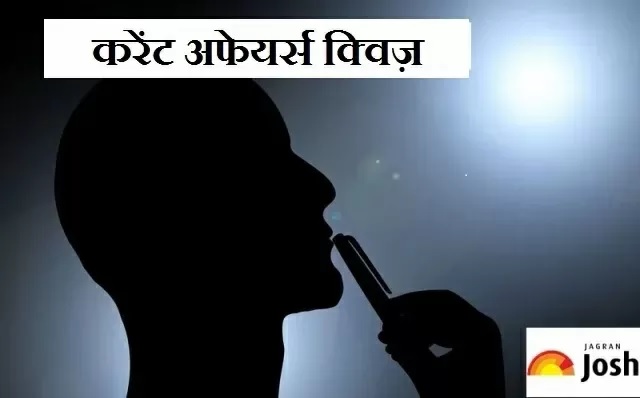 3. Which country has recently announced that it will send $ 64 million humanitarian aid to Afghanistan?
a. Nepal
b. Japan
c. America
d. Bangladesh

4.Which of the following country has announced the construction of EV charging facility in all the new houses to be built?
a. England
b. India
c. Nepal
d. China

5.Indian cricket team captain Virat Kohli has announced to quit the captaincy of which of the following formats after the T20 World Cup?
a. T20 format
b. test cricket
c. ODI cricket
d. none of these

The Union Ministry of Agriculture and Farmers Welfare signed how many MoUs with private companies on 14th September 2021?
a. Seven
b. Eight
c. Ten
d. Five

8. Which state government has recently launched ‘Bajra Mission’?
a. A state in Eastern India
b. Punjab
c. Chhattisgarh
d. Delhi

1.a. 15 september
Engineers Day is celebrated every year in India on 15th September. Today is also special because today is the birthday of the great engineer and Bharat Ratna M Visvesvaraya, who was one of the great engineers of India. This day is celebrated to pay respect to the engineers of the country and to appreciate their work. 15 September i.e. Engineer Day is dedicated to those people, who have given impetus to development through technology.

3.c. America
America has announced financial assistance to the people of Afghanistan. The US has announced that it will send humanitarian aid of $ 64 million to Afghanistan, or about Rs 470 crore. After the occupation of Taliban, Afghanistan is now heading towards starvation.

4.a. England
England has announced the construction of EV charging facilities in all new homes being built. Under such a new system, the government of England is installing smart charging devices outside all homes and offices. In which any vehicle owner can automatically charge their vehicles during off-peak hours. One charge point will also have to be set up for five parking spaces in all office blocks. Having more charging points will also end the controversy as to who should charge first. Let us tell you that England is the first and only country in the world which is taking such initiative for charging stations.

5.a. T20 format
Virat Kohli announced on 16 September that he would step down as the captain of India’s T20 team after the T20 World Cup in the United Arab Emirates in October-November. However, the star batsman made it clear that he would continue to lead India in Test and ODI cricket. Virat Kohli has captained India in 45 T20 matches so far. During this, the team has won 25 matches and lost 14. At the same time, two matches ended in a tie and remained so inconclusive. The win percentage under Virat’s captaincy has been 65.11.

6.c. 7.2 percent
A United Nations report said that India’s economic growth rate is expected to be 7.2 percent in 2021, but the growth may slow down next year. According to the report, due to the outbreak of the Kovid-19 epidemic and the negative impact of food inflation on private consumption, the process of revival in the country may be hampered. The report said that India suffered a contraction of seven per cent in 2020 and is expected to grow at a rate of 7.2 per cent in 2021.

8.c. Chhattisgarh
The Chhattisgarh government launched ‘Bajra Mission’ on September 14, 2021 with the aim of making the state the millet center of India. On the occasion of the launch of this mission, Chief Minister Bhupesh Baghel said that Chhattisgarh will soon become the millet hub of India. He also highlighted that, like minor forest produce, the state wants to make small grain crops its strength.

‘This player is a burden for Team India, should be thrown out’