Was Priyanka Chopra-Nick Jonas’ wedding a publicity stunt? The actress said this at the Jonas Brothers Family Roast Show 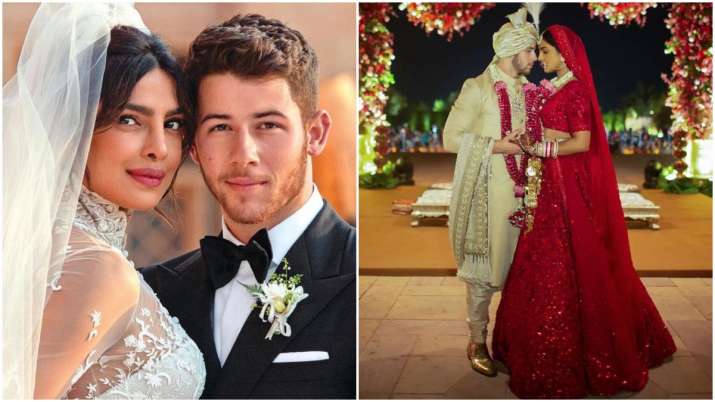 Amidst reports of Priyanka Chopra and Nick Jonas’ divorce, the actress posted a teaser of the Jonas Brothers family roast on Instagram. In the short video, the actress is seen roasting her husband Nick Jonas and their brothers Kevin and Joe. The actress takes a dig at their different culture and the 10-year age gap between her and Nick. The actress said that this age gap has taught her a lot of 90s pop-cultures, adding that the difference enables her to learn more.

The actress says- “We teach each other things. For example, like he told me how to use TikTok, and I showed him what a successful acting career looks like.” The actress shared the video of the Netflix show on her Instagram.

Throughout the video, Priyanka also talks about the backlash that she and Nick faced post marriage and how people called their marriage a mere publicity stunt. Priyanka says it couldn’t have been a publicity stunt because she “didn’t even know who Nick Jonas was.” All she knew was that he was Kevin’s younger brother.

Let us tell you, Priyanka and Nick married each other according to Christian and Hindu customs on 1 and 2 December 2018 at Umaid Bhawan Palace in Jodhpur. Later, the couple also hosted two receptions in Delhi and Mumbai. Earlier this month, the couple celebrated Diwali and shared pictures from their celebration on Instagram. The couple will celebrate their third wedding anniversary in December 2021.

On the work front, Priyanka has several projects in her kitty including ‘Matrix 4’, Jim Strauss’s ‘Text for You’ and drama series ‘Citadel’.

T20 World Cup 2021: Nasser Hussain is not happy with this decision of England captain Eoin Morgan, know what is the whole matter

Is fasteza reliable for shopping?