SportsVirat Kohli wore a cap while batting, but Joe Root required to...

Virat Kohli wore a cap while batting, but Joe Root required to wear a helmet, know why 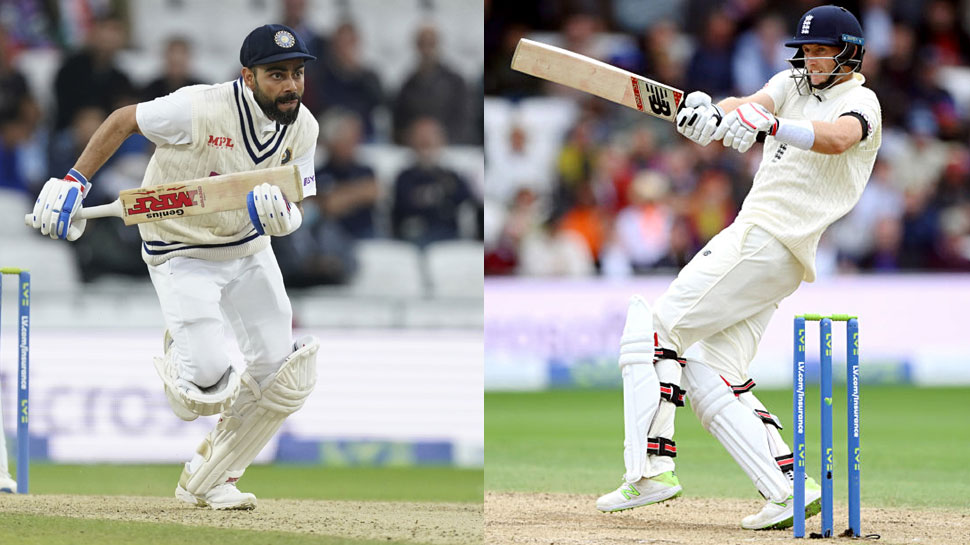 
New Delhi: On the third day of the third Test between India and England, the Indian batsmen got rid of the sweat of the British. Despite being under immense pressure, Rohit Sharma, Cheteshwar Pujara and Virat Kohli showed tremendous restraint on the pitch.

In the last 10 overs on Friday, England fielded their spinners against Team India, because the umpires did not allow pace bowling due to bad light, which Root also did for this. Agreed. Then Virat Kohli took off the helmet and put on the cap and started scoring runs easily.

Root did not take off his helmet against spinners

The interesting thing is that when such situations arose with the England batsmen, they did not take off their helmets. During the Chennai Test in India, Joe Root had scored a double century but he did not cap even once against the spinners. Fans are desperate to know why this happened?

Sports journalist Elizabeth Ammon has revealed this, she wrote on Twitter, ‘Answering the question why Kohli can bat wearing a cap but English players are not allowed this. According to ECB rules, it is mandatory for any batsman to wear a helmet while batting in professional or pathway cricket, even against spinners.

To answer the question why kohli can bat in a cap but England players aren’t allowed to….. the ecb head protection regs state that anyone playing professional or pathway cricket must wear a helmet to bat in. Even against a spinner.

Safety of batsmen important for ECB

Through this rule, an attempt has been made to ensure the safety of any batsman, so that the ball does not hit the head during batting. If the spinner is also bowling, then there is a possibility of hitting the ball on the head, especially while throwing the fielder’s throw, the batter can be a victim of the accident. This is the reason why ECB does not want to take any kind of risk.

From Jab We Met’s Anshuman to 3 Idiots’ Chatur, the characters who hated first, love later

IPL 2021 KKR vs RR: After a thumping win over Rajasthan, Kolkata captain gave credit to Morgan these players

How is the relationship between Siddharth and Kiara different from the industry? Actor opened many layers