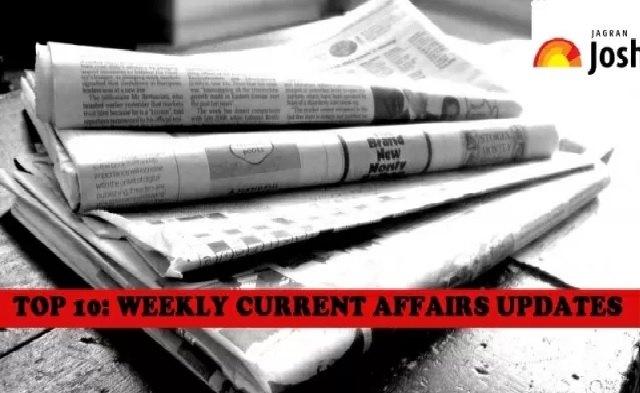 The Union Home Ministry on October 01 declared three districts of Tirap, Changlang and Longding in Arunachal Pradesh bordering Assam as ‘disturbed areas’ under the Armed Forces Special Powers Act (AFSPA). This decision has been taken after reviewing the militant activities and law and order here.

The notification said that the Tirap, Changlang and Longding districts of Arunachal Pradesh and Namsai and Mahadevapur police station areas of Namsai district shall be empowered with effect from October 1, 2021, in exercise of the powers vested in Section-3 of the Armed Forces (Special Powers) Act, 1958. Declared a ‘disturbed area’ until the order is withdrawn on or before March 2022.

Reliance Industries Chairman and Managing Director Mukesh Ambani remained India’s richest person for the 10th consecutive year with a net worth of Rs 7,18,000 crore. Gautam Adani and his family are at number two in this list of rich. His assets are Rs 5,05,900 crore. Adani’s assets are increasing by Rs 1,002 crore every day.

RKS Bhadauria has retired after 42 years of service. During this, he played a key role in two mega fighter aircraft deals including 36 Rafale and 83 Mark 1A indigenous Tejas jets. His career began with the ‘Panthers’ squad flying the MiG-21 and then ended at the same airbase and with the same squadron.

VR Chaudhary has mastered in flying different types of fighter planes. He has been a part of some very important missions of the Air Force. Among them are Operation Meghdoot and Operation Safed Sagar. He is a qualified flight instructor. He has over 3800 hours of flying experience on various fighter aircraft including MiG-21, MiG-23MF, MiG-29 and Sukhoi-30 MKI.

The Defense Ministry said that the cost of procuring modern light helicopters from state-owned Hindustan Aeronautics Limited (HAL) has been estimated at Rs 3,850 crore. At the same time, a consignment of rocket ammunition will be purchased for Rs 4,962 crore.

The Defense Ministry had approved another major purchase six days ago. Under this, 118 main battle tanks (MBT) Arjun are being procured for the army at a cost of Rs 7,523 crore. The indigenously built ALH Mark-3 is a new generation dual-engined, multi-role helicopter with a weight of 5.5 tonnes.

Media reports run by North Korea have dubbed the Hwasong-8 hypersonic missile a strategic weapon that will help the country increase its defense capabilities a thousand-fold. These media reports stated that, the Hwaseong-8 missile reportedly achieved its technical goals, including gliding flight characteristics and guiding maneuverability.

North Korea conducted this third missile test in September 2021 to enhance its weapons program. However, the US has been asking North Korea to end its nuclear weapons. In January 2021, North Korea also demonstrated a new submarine-launched ballistic missile during a military parade.

This is the first official letter written by Afghanistan after it was declared an Islamic Emirate. After this letter received from the Taliban government, the Ministry of Civil Aviation is reviewing the decision taken in this regard. The Taliban has sent the first formal letter to India after Afghanistan took over power on August 15.

This letter is currently with the Ministry of Civil Aviation, which is reviewing it. India has not yet recognized the Taliban government in Afghanistan. India had banned its commercial flights from Afghanistan on 15 August 2021 only after the Taliban took over Kabul.

Chief Minister Yogi Adityanath said that security, respect and self-reliance are intertwined. The government has taken this mission of Mission Shakti in a mission mode to fulfill this goal in the state. The Chief Minister highlighted that before 2017 there was an atmosphere of chaos when families were afraid of stepping out of their daughters and sisters.

Under the ‘Nirbhaya-Ek Pahal’ program in Mission Shakti Phase-3, a one-day awareness program of one thousand women per district and three-day skill capacity development training will be conducted in all 75 districts of Uttar Pradesh. During this, there is a plan to benefit 75 thousand women.

NASA’s new Landsat 9 satellite along with its partner Landsat 8 will monitor the health of our planet by taking pictures of the entire Earth every 8 days. At present, the earth is facing the dangerous side effects of climate change. Observations from space may help in finding a better view of evolution.

Satellites will collect pictures of the planet by making one revolution of the Earth every 99 minutes and 14 revolutions every day for these eight days. These photos will be added to the data sets that have been available to people for 50 years for free. NASA says the capabilities of medium resolution images will help researchers identify signs of human activity and their effects on Earth.

In India, people in the age group of 25 to 60 years are falling prey to this disease. According to the World Heart Federation, most deaths are due to heart diseases. Heart disease means heart disease can occur in many ways. It can bother you in many ways and its symptoms are also different.

A new version of India’s powerful and fast attack Akash missile ‘Akash Prime’ was successfully test-fired. This missile was fired from the Integrated Test Range at Chandipur in Odisha at 4.30 pm on 27 September 2021. It tracked the unmanned aerial target and destroyed it in the air.

The missile has been developed by DRDO’s Hyderabad-based laboratory. This missile targeted and destroyed the unmanned aircraft. Earlier on July 21, DRDO successfully test-fired a new variant of the Akash surface-to-air missile system from Odisha’s test range Chandipur.

IPL 2021: This Chennai Super Kings spinner threw the ball so fast that no one could believe it, see VIDEO

These 3 legends are the contenders to become the Test captain of Team India, will be more than Kohli Cool Captain