SportsThis is how Taliban entered Afghanistan cricket, new chairman's entry in the...

This is how Taliban entered Afghanistan cricket, new chairman’s entry in the cricket board 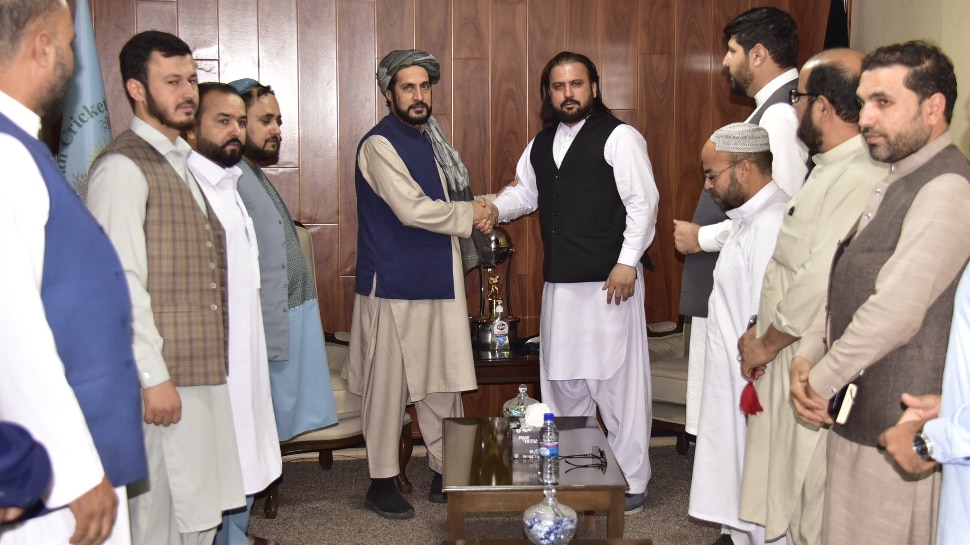 Azizullah Fazli has now been appointed as the chairman of the Afghanistan Cricket Board (ACB). Fazli’s appointment to the ACB is a major development after the Taliban took control of Afghanistan and President Ashraf Ghani left the country.

new chairman of afghanistan cricket board

ACB tweeted on Sunday saying, “Former ACB Chairman Fazli has been re-appointed as Executive Chairman of the Board. He will oversee ACB’s leadership and actions for the upcoming competitions.

Former ACB Chairman @AzizullahFazli has been re-appointed as ACB’s acting Chairman. He will oversee ACB’s leadership and course of action for the upcoming competitions. pic.twitter.com/IRqekHq7Jt

Fazli had earlier become the chairman of ACB after resigning from the post of Atif Mashal. His tenure was from September 2018 to July 2019. Farhan Yousafzai became the chairman after he stepped down. Fazli has been associated with Afghanistan cricket for nearly two decades. He was one of the earliest group of players to establish the game in the country. After his playing career ended, he also served as the vice-president and consultant of the ACB.

Cricket is now threatened by Taliban

Another surprising thing was seen in this photo. In fact, former Afghanistan cricketer Abdullah Mazari was also present in this photo with the Taliban. Mazhari, who made his debut for Afghanistan in 2010, has played 2 international one-day matches. Apart from this, Mazhari has also played 21 First Class, 16 List A and 13 T20 matches.

Share
Facebook
Twitter
Pinterest
WhatsApp
Previous article‘Black’ water is the secret of Virat Kohli’s fitness, the price of one liter will blow your senses
Next articleIND vs ENG: This veteran told the biggest weakness of the English team! Joe Root also gave a big statement