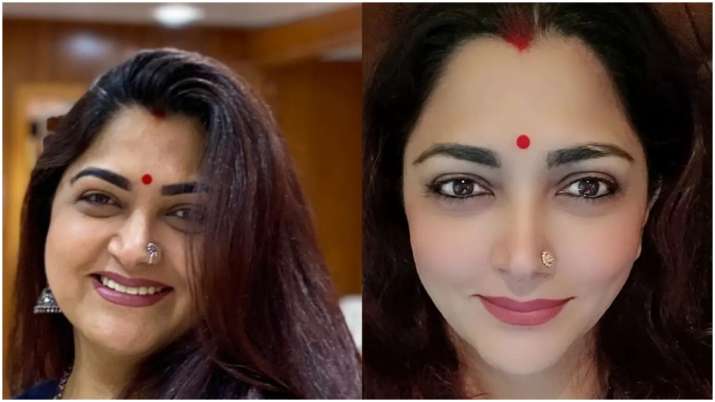 South star and politician Khushboo Sundar took to social media to share a glimpse of her incredible transformation after shedding 15 kilos. Khushboo shared a before and after picture of herself on Instagram.

In the caption, he wrote, “Then and now! Not much difference except 15 kg less now.”

His transformation picture has currently garnered more than 3,74,000 likes on social media.

Khushboo, who started as a child artist in Bollywood in the eighties, made her debut in the 1985 film ‘Jaanu’ opposite Jackie Shroff in the lead role.

She will next be seen working with Rajinikanth in the upcoming Tamil film ‘Annathe’. In Telugu, she will also be seen in ‘Aadavallu Miku Joharlu’.

ZEE5 Helmet Review: ‘Helmet’ shows the need for condoms and people’s hesitation in a funny way, but…

TOP 5 MUST PLACES TO VISIT IN JAIPUR

Will Virat Kohli resign from captaincy? Rohit Sharma will be the captain of Team India for limited overs after T20 World Cup: Report

Vikram Bhatt on marrying Shwetambari Soni: It is as romantic as it is when one is younger – Exclusive! – Times of India

When the most embarrassing incident happened during the live match, this man did this wrong thing with the woman