SportsSiraj was targeted by the England spectators with the ball, Rishabh Pant... 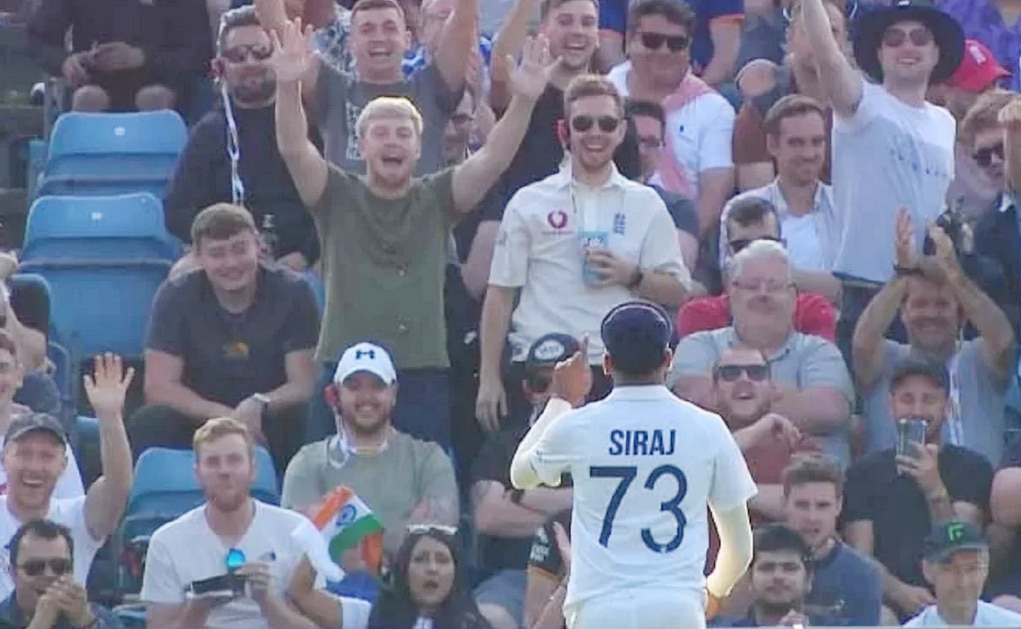 Leads: During the third test match against England, the English audience misbehaved with Team India’s bowler Mohammad Siraj. Mohammad Siraj was fielding at the boundary line, in which some England spectators allegedly threw the ball at him. Let us tell you that on this tour, many misbehavior incidents have come to the fore with Team India, in which their crowd along with the players of England has also played an important role.

The audience threw this thing at Siraj standing on the boundary

After the end of the first day’s play, Rishabh Pant revealed in a conversation with the media that the incident happened when Siraj was fielding near the boundary. TV cameras also showed that Kohli was angry with this. He asked Siraj to throw that thing out. This is the second match in a row, when the British spectators misbehaved with the Indian players standing near the boundary.

Mohammed Siraj signalling to the crowd “1-0” after being asked the score.#ENGvIND pic.twitter.com/Eel8Yoz5Vz

The incident happened in the 39th over

Let us tell you that earlier during the Lord’s Test, the spectators threw the cork of champagne bottles near KL Rahul in the field. There KL Rahul was fielding. During the 39th over of England’s innings during the third test match, a man threw a pink ball towards Siraj, which was of plastic.

After the end of the first day’s play, Rishabh Pant said, ‘I think someone threw the ball at Siraj. That’s why Kohli was angry. You can say whatever you want. But don’t throw stuff at the fielders. According to me it is not good for cricket.

The England spectators were excited to see their team in a strong position and asked Siraj ‘what is the score’. What was it then, Siraj also did not take long to answer. He pointed out to the audience with his hands that at present the score of the series is 1-0 and India is leading ahead of England in this. With this befitting reply of Siraj, the commentators also smiled and said that yes, at the moment, this is the score that India is leading 1-0 in the series.

Sourav Ganguly and Virat Kohli meet for the T20 World Cup, the first match will be with PAK