EntertainmentsShehnaaz Gill did a romantic dance with this person except Sidharth Shukla,...

Shehnaaz Gill did a romantic dance with this person except Sidharth Shukla, the actor got burnt! 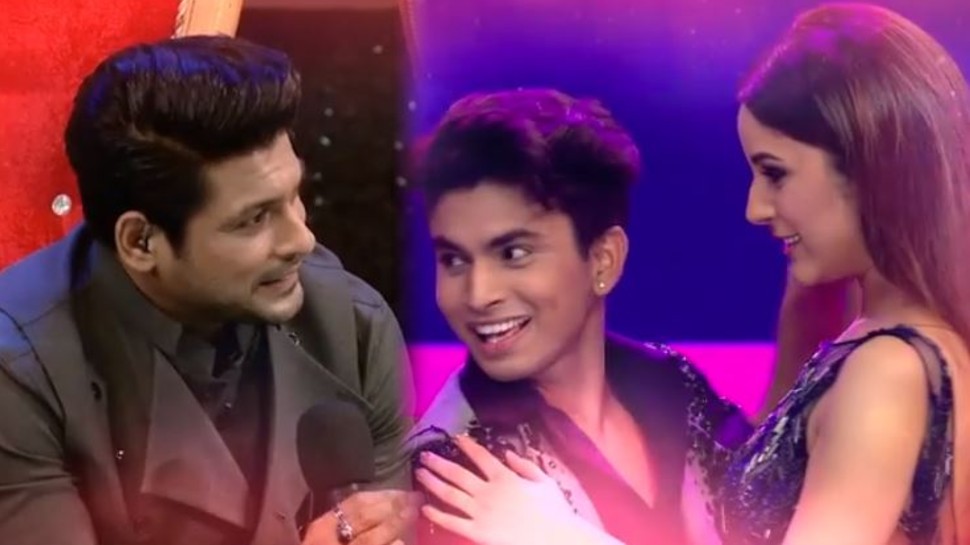 
New Delhi: The friendship of Siddharth Shukla and Shehnaaz Gill is not hidden from anyone, but both have not yet publicly expressed their love. Nevertheless, both do not leave any chance to express their love on social media. Both had also reached ‘Bigg Boss OTT’ together and now both will be seen together in ‘Dance Deewane 3’. Here too the romantic chemistry of both will be seen.

Siddharth Shukla and Shehnaaz Gill will arrive together in ‘Dance Deewane 3’. The makers of the show have released a promo video of the show, in which Shahnaz Gill is seen dancing with the show’s contestant Piyush Gurbhale. Seeing Shahnaz Gill and Piyush, Siddharth gets irritated and comes on stage and takes Shehnaaz’s hand. Also says, ‘I taught you and you went away with my friend.’ All this was not a serious conversation, but was going on in a joking manner. Video is very funny. The funny side of Madhuri, Siddharth and Shahnaz is visible in the video.

Shahnaz and Siddharth will come in ‘Dance Deewane’

Let me tell you, even before this, Shehnaaz Gill had shared a video, in which she told that she is going to participate in ‘Dance Deewane 3’ with Siddharth. In the upcoming episode this week, both of them are going to dance in the special episode of Love. The fans of both are excited to see the romantic side of both of them on screen. Fans hope that maybe this time both of them will declare their love from the show’s stage.

Siddharth Shukla and Shehnaaz Gill were seen in ‘Bigg Boss OTT’ Weekend Ka Vaar on Sunday. Both were seen romancing on stage. At the same time, Karan Johar was also seen grooving to Shehnaaz’s beat. Both remembered their past moments and danced together. Along with this, both also interacted with the contestants inside the house.

read this also: Ankita Lokhande looked like this before coming into relation with Sushant Singh Rajput, you will be shocked to see the picture

IPL 2021: MS Dhoni breaks record at the age of 40, leaves Dinesh Karthik behind

Everything You Need to Know About API Configuration

Deepika Padukone and Katrina Kaif once looked like this, difficult to recognize in THROWBACK PHOTO