2009 was the year of the first SDCC Zombie Walk. Originally, it was part of a nationwide promotion for the “Zombieland.” By the time I began attending SDCC, I thought the Zombie Walk was somehow related to “The Walking Dead” (2010-2022).

At previous versions of SDCC, TWD took up residence on Martin Luther King Jr. Promenade every SDCC and fans have come to expect something there so much that there was some grumbling when the HBO edifice for their “House of the Dragon” went up this year. AMC Networks always showed appreciation to their fans and even with the final series panel on Friday and no TWD activation in place, the team behind TWD were ready to give their fans one last SDCC experience to remember. AMC Networks transformed the Skylight Terrace and the Gaslamp ballroom at the Hilton San Diego Gaslamp Hotel into a Walking Dead Fan Celebration which featured free custom t-shirts, drinks, small bites, and a lottery for prizes. Each partygoer was given a small bag upon arrival with two drink tickets, three enamel pins randomly selected from a group of 12 Walking Dead icons, and a Commomwealth Raffle ticket. Props and costumes from the show were on display. You could even get some professional Walking Dead make up. When the party got swinging, according to SDCCblog.com, executive producer Greg Nicotero, actor Norman Reedus (Daryl Dixon), and Cailey Fleming (Judith Grimes) made appearances and interacted with fans.

The third block of Season 11 will begin airing on October 2, 2022 as the cast moves toward a “day of reckoning.” Zombies haven’t left SDCC, with the “Fear of the Walking Dead” continuing and the six-episode “Tales of the Walking Dead” set to premiere on August 14, 2022 and spinoff series in the works.

The question is will another horror staple rise to replace them at SDCC? Will Anne Rice fans and vampire fans embrace AMC’s “Interview with the Vampire,” a gothic horror television series created by Rolin Jones based on Anne Rice’s novel of the same name? The series will premiere on AMC on October 2, 2022. Eric Bogosian plays journalist Daniel Malloy. Sam Reid plays the vampire Lestat. Jacob Anderson is Louis de Pointe du Lac, the vampire being interviewed.

Executive producer Mark Johnson said during a press conference that “Anne Rice’s vampires are unique, in a large part, because they are human. They are not outside of being human. We are they. They suffer everything that we suffer. We can identify and embrace them because they want the same things that we want.”

Jacob Anderson (Raleigh Ritchie is the name he uses as a musician) commented, “Rice adaptations are known for having really great music” and because “Rolin has an encyclopedic knowledge of music and that’s definitely reflected in the show.” He also noted that Lestat is a musician. From his perspective, “It’s the story about a very dysfunctional family. I don’t feel like I’ve ever seen these vampires before in any vampire media.”

The new TV series based on Rice’s 1976 novel, this will be a different creature than the 1994 horror film directed by Neil Jordan, starring Tom Cruise as Lestat and Brad Pitt as Louis.

Bass admitted, “I was not familiar with ‘Interview with the Vampire’ when I got the audition. Once I got closer into callbacks, I watched the movie (because) it was the fastest way to understand Claudia.”

Anderson said, “It was a great movie and I saw it when I was a teenager. I was kind of tempted to watch it before we started shooting, but I didn’t because I didn’t want it to be a response to that.”

Reid noted, “It was extraordinary to read to the script to something I had already adored and then to play a character that I had admired for years.” As for the film, “I loved it and I did see the movie when it came out. I saw it again recently, just by chance. I think it exists in its own world. We’re entirely different. The original source material is so rich, that there should be multiple adaptations. We bring in the whole universe; we bring in all of the books, stuff that they didn’t really get to touch on.”

Bass noted, “What we get to do is expand the way she actually feels. She’s stuck in this younger body; her brain never develops. They say that the prefrontal cortex doesn’t develop until you’re 25 … She doesn’t have that. She’s always going to act on feelings first.” Bass portrays Claudia from 14 to 37 in the first season.

Of course, most people in New Orleans are familiar with Anne Rice. But because the production shoots scenes that mostly take place at night, series production designer Mara LePere-Schloop noted that they were not able to “shut down the French Quarter for multiple month” as well as portray an “evolution of time” so that meant they have to build a set. Otherwise, we can’t see “Storyville go through the depression and its closure.” Historically, Storyville was torn down in the 1940s and became public housing. It was an area of the city that was filled with brothels and bars and speakeasies. It eventually went to what is now Bourbon Street. The (Faubourg) Tremé is the closest geographical and architectural neighbor to what storybook was. For that reason, the Tremé was used.

In the 1994 film, Christian Slater, who played journalist Daniel, was only 25. Eric Bogosian is 69. That alone presents a different perspective. Bogosian said, “The first step for me in becoming Daniel Malloy was looking in the mirror. Because my life arc is very similar to this character’s. I had a very rough and tumble time when I was in my late twenties, thirties and then ended up in a very nice place in my forties.”

For those who aren’t “Law & Order” fans, from 2006-2010, Bogosian portrayed Captain Danny Ross for 61 episodes in “Law & Order: Criminal Intent.” Bogosian was in his fifties by then, but in the 1980s, Bogosian was once nominated for a Pulitzer Prize for Drama (the 1988 “Talk Radio”). He was nominated for the Drama Desk Award several times, winning in 1986 for his one-person show “Drinking in America” in 1986.

Bogosian continued, “Now I’m in my sixties; and it’s like the glory days were back there. It’s not happening any more. You take that and you transpose that on to Daniel Malloy and he’s the boy in the book who’s very ambitious. In our version, he has some habits that are not the best habits. In any case, he’s searching and he finds this vampire thing and it becomes this huge event in his life. Now flash forward. He’s actually been a very successful writer; he’s a really good journalist. He gets the story and he’s actually won a couple of Pulitzers. So he’s a badass journalist. This is where I’m really not like this character. This guy is willing to risk it all to get the story. And when this story lands on his doorstep again, to interview the vampire. He’s like, ‘This is dangerous, but this might be it. This might be my last chance at glory.'”

As other noted, we don’t know if we can really trust Louis. Bogosian said, “It’s a wrestling match between Daniel and Louis are far as: Where’s the truth? What’s the real story. What really happened?”

“Interview with the Vampire” is set to premiere on AMC on October 2, 2022 with eight episodes. Episodes will also stream on AMC+.

Vampires are also the focus of the Hulu TV series, “What We Do in the Shadows.” The TV series is based on the 2014 New Zealand rockumentary horror comedy film written and directed by Jemaine Clement and Taika Waititi. The Hall H panel screened a preview of the fourth episode before it was released on July 26, 2022, “The Night Market.”

Harvey Guillén, who played Guillermo de la Cruz, Nandor’s long-suffering Latino familiar, has an important role in that episode and spoke about the importance of Latino representation, something that was also noted in the more grimly realistic previous panel for “Mayans M.C.” (which announced its fifth season renewal at SDCC). “Representation matters,” Guillén said, even in something like a “goth dark comedy … I gladly will be hopefully one of many. Viva la Raza.” 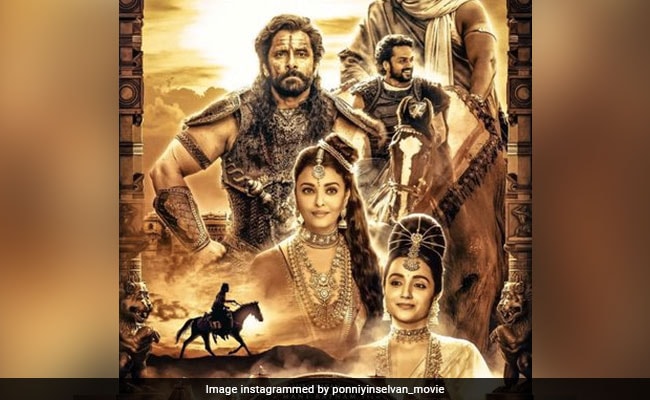 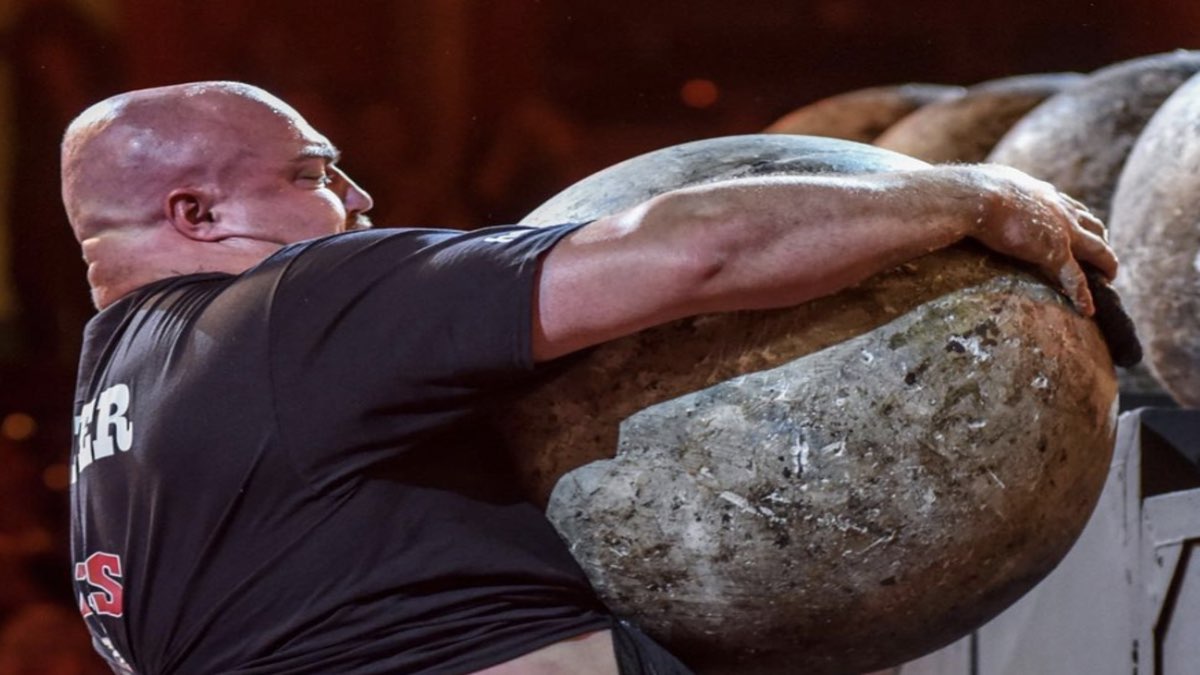