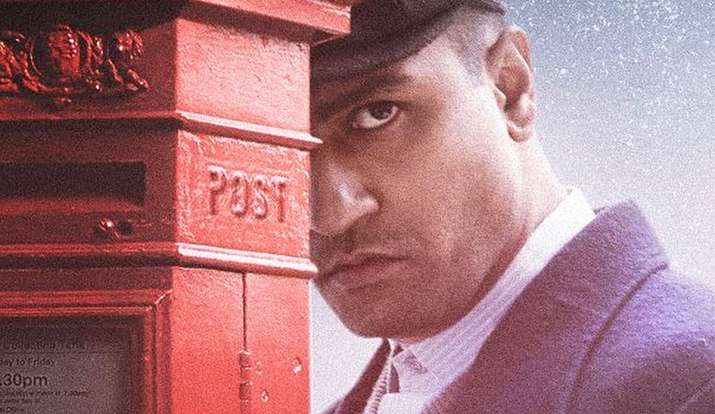 Paying a special tribute to one of the great martyrs of Indian history, Sardar Udham Singh, Amazon Prime Video launched the much awaited Amazon Original Movie at a press conference in Mumbai today. Sardar Udham Trailer launched. Produced by Ronnie Lahiri and Sheel Kumar and directed by Shoojit Sircar, the film is the story of Sardar Udham Singh, played by Vicky Kaushal. The film also stars Sean Scott, Stephen Hogan, Banita Sandhu and Christy Everton in pivotal roles, while Amol Parashar will be seen in a special appearance.

He fired 1,650 rounds. Sardar Udham fired only 6, but the effect of those 6 went deep in the hearts of the freedom fighters and their subsequent generations. The trailer gives a glimpse into the life of Sardar Udham Singh, with Vicky Kaushal in a phenomenal avatar as Sardar Udham. The story of the film narrates the never-ending bravery, grit and fearlessness of an unsung hero from the deeply buried pages of our history. The film focuses on Sardar Udham Singh’s adamant mission of avenging the death of his countrymen, who was brutally murdered in the Jallianwala Bagh massacre of 1919.

Lead Actor Vicky Kaushal playing the role of Sardar Udham said, “The story of Sardar Udham Singh is a story that thrilled and inspired me immensely. It represents the values ​​of strength, pain, passion, extraordinary courage, sacrifice and many more. Whom I have tried to do justice to through my character in the film. For this role, to get into the character of Udham Singh and bring to life the story of a man who is too physical, and even more so Mental preparation was required, whose courage and patience are unmatched. Through this film I am eager to share with the world an interesting page from the history of India’s freedom struggle. This is a story that is told not only to India but also This needs to be shared across the world. I am glad that with Amazon Prime Video, Sardar Udham will take an important page of our history across the globe, crossing geographies.”

Sharing his experience directing Sardar Udham, Shoojit Sircar said, “Sardar Udham is not just a film for me, but it is a dream come true. It took years of intense research to unravel and bring to the world the story of the bravery of a martyr who sacrificed his life to avenge India’s worst massacre. The example of Udham Singh’s patriotism and valor still lives in the heart of every person of Punjab. My aim was to make a film that introduces and inspires the audience to the bravery of Udham Singh. This film is my tribute to his brave spirit, his fearlessness and sacrifice in the freedom struggle of the country. The entire team is feeling extremely proud to have got an opportunity to bring to the world the story of a revolutionary who played an important role in the Indian freedom struggle.

Prime members in 240 countries and territories in India and around the world can witness Sardar Udham on this Dussehra starting 16 October.

Weight loss Tips: Growing obesity is troubled, include this stuff within the diet, weight will decrease rapidly

IPL 2021: Chennai Super Kings’ playing XI maybe something like this against Mumbai Indians, it is difficult for these two star players to play

Ekta Kapoor says she is ‘overwhelmed’ after watching Kangana Ranaut’s ‘Thaliavii’, calls the actress ‘league of her own’ – Times of India