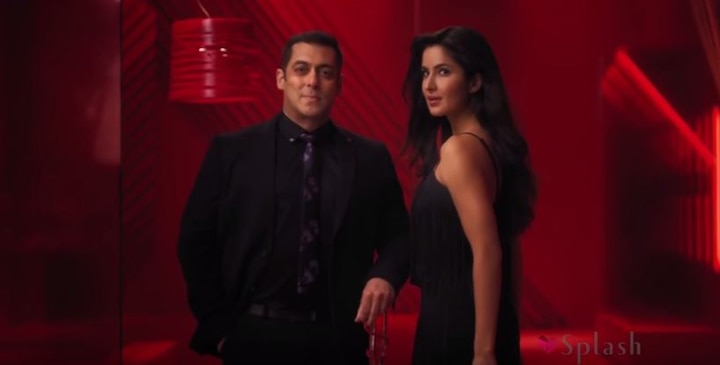 Tiger 3: Bollywood actors Salman Khan and actress Katrina Kaif have recently been seen with many fans in Russia. The onscreen couple has reached there these days for the shooting of their upcoming film Tiger 3. Many fans surrounded Salman Khan and Katrina to take selfies. While Katrina has posed with many fans, one also admitted how beautiful she is in real life. Salman was seen posing with many fans on the streets. In some photos, he is carrying a black jacket. In the second photo, Salman Kham is wearing a red T-shirt and a check shirt over it.

Last week, pictures of Salman’s first look from the film Tiger 3 were leaked online. But that photo was fake. In the film, Salman will be seen playing the role of a RAW agent. It has been rumored for a long time that Emraan Hashmi will be seen playing a negative role in Tiger 3. However, the actor has recently denied his association with the film. Talking during an interview, Emraan said, ‘Who told you that I have already shot for this film? People are saying so, but I have not shot for the film. Actually, I am not a part of the film. I don’t know why people are saying this. I never said anything like that right there that I am doing this film.

Meanwhile, he has also told that Shahrukh Khan has a cameo in the film. The team shot portions of the film at Yash Raj Films’ studio earlier this year before leaving for Russia. Tiger 3 is directed by Maneesh Sharma. Ek Tha Tiger was directed by Kabir Khan and Tiger Zinda Hai was directed by Ali Abbas Zafar. Both the films were hits at the box office.

Salman Khan-Katrina Kaif have been seen together in so many films, know which was a hit and which was a flop

When Katrina Kaif was taken out of the film, Salman Khan laughed a lot after seeing Katrina Kaif crying, know what was the reason?

IND vs ENG: Will Virat Kohli give Cheteshwar Pujara last chance in the third Test? This player can snatch the place!

Why did Kashmira Shah refuse to recognize Govinda’s wife, said- ‘Who is Sunita?’