EducationPM Modi visit to US: PM to visit US this week, Apple... 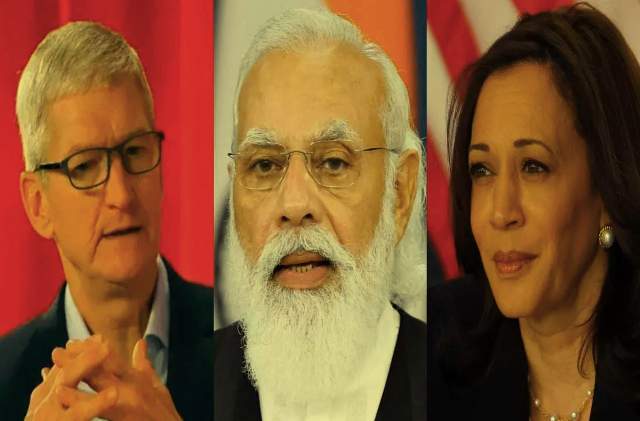 PM Modi visit to US: Prime Minister Narendra Modi will arrive in Washington DC, US on September 22, 2021, and the next morning he will attend back-to-back high-level meetings as well as a series of major bilateral events including the Quad Summit and the UN General Assembly address. Will be. PM Modi will also meet US Vice President Kamala Harris, Apple Chief Tim Cook, Australian PM Scott Morrison and Japanese counterpart Yoshihide Suga during this time.

According to media reports, the details, schedule and official announcements of all these meetings are still being worked out.

On September 24, 2021, PM Modi will hold the first physical / direct bilateral meeting with US President Joe Biden. He will also participate in the first in-person Quad Leaders Summit to be held in Washington on 24 September. PM Modi will visit New York on the evening of 24 September to deliver a speech at the United Nations General Assembly on 25 September.

Incidentally, PM Modi and UK PM Boris Johnson will visit Washington on the same day. These two leaders may meet. Dinner has been organized during this visit of PM Modi.

PM Modi’s visit to US: Timeline

23 September: PM Modi will meet top CEOs of America. A meeting with Apple Chief Tim Cook is likely. The details and schedule of this meeting are yet to be confirmed. After meeting this top US CEO, PM Modi is also expected to meet US Vice President Kamala Harris. An official announcement regarding this is yet to be made. On the same day, PM Modi will also meet Australian PM Scott Morrison and his Japanese counterpart Yoshihide Suga.

24 September: PM Modi will hold the first physical / direct bilateral meeting with US President Joe Biden. On the same day, he will also attend the first in-person Quad Leaders Summit in Washington.

Ram Madhvani: Kartik Aaryan has the hunger and desire to give his best – Exclusive! – Times of India

IPL 2021: ‘I want to retire from RCB and this will always be my dream’

Such is the treatment of cheerleaders in IPL! Know how to behave in parties