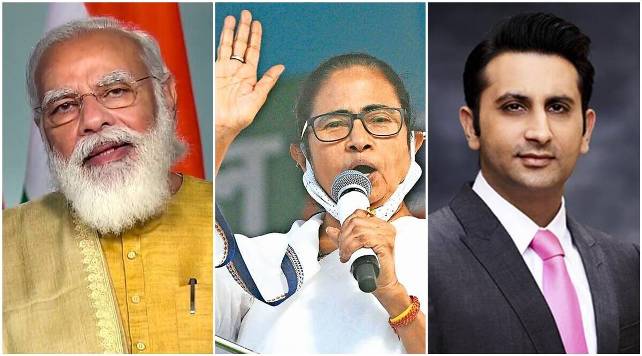 Time magazine revealed its annual list of the ‘100 Most Influential People of 2021’ on 15 September. The global list of leaders includes US President Joe Biden, Vice President Kamala Harris, Chinese President Xi Jinping, the Duke and Duchess of Sussex Prince Harry and Meghan, and former US President Donald Trump.

Introducing the 2021 #TIME100 featuring the 100 most influential people of the year https://t.co/NEApPrOrN0

What did the magazine tell PM Modi?

Time magazine wrote in the profile of Prime Minister Modi that he is the equivalent of India’s three most powerful leaders Jawaharlal Nehru, Indira Gandhi. In many ways he surpassed both of them.

Mamta Banerjee by magazine What did you say?

The magazine described West Bengal Chief Minister Mamata Banerjee as a flamboyant leader. It was written in her profile that she is not the president of any party but a party herself. His attitude of Street Fighter sets him apart from others. He himself weaved the fabric of his life and achieved the title of being the sharpest leader of Indian politics. Mamta’s life has become an example in itself.

What did the magazine tell Poonawalla?

The magazine said in its introduction to Poonawalla that from the start of the COVID-19 pandemic, the head of the world’s largest vaccine maker ‘tried to meet the need of the moment. It added that the pandemic is not over yet, and Poonawalla can still help end it. Vaccine disparity is severe, and delays in vaccination in one part of the world can have global consequences – including the risk of more dangerous forms emerging.

This list of Time magazine is considered to be the most powerful and reliable. The people who are included in Time’s list are given this honor keeping in mind their best work. Let us tell you that the magazine has made 6 categories of this list of 100 influential people. These include leaders, artists, pioneers, icons, titans and inventors.

Nikki Tamboli dances with Chunky Pandey, arrives as a guest in the comedy show

Shaan: People in Kolkata should enjoy Durga Puja festivities, but also be careful – Times of India