EducationPM Modi in Aligarh: Know who is Raja Mahendra Pratap Singh, in...

PM Modi in Aligarh: Know who is Raja Mahendra Pratap Singh, in whose name PM Modi laid the foundation stone of the university 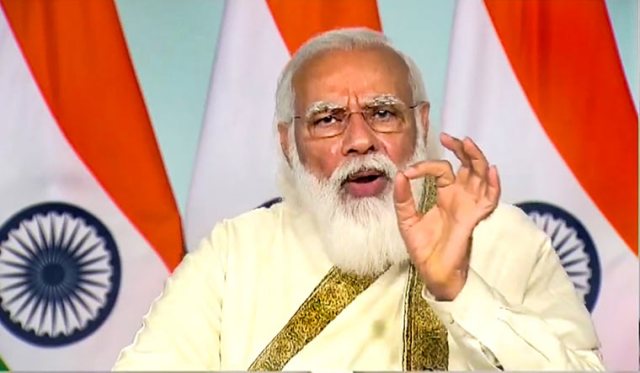 Prime Minister Narendra Modi laid the foundation stone of Raja Mahendra Pratap University and Defense Corridor during his visit to Aligarh on 14 September 2021. Uttar Pradesh Chief Minister Yogi Adityanath was also present during this. PM Modi also addressed a public meeting in Aligarh and said that today is a big day for Aligarh and for western Uttar Pradesh.

PM Modi said that from the life of Raja Mahendra Pratap Singh ji, we get to learn the indomitable will power, the vitality that goes through anything to fulfill our dreams. How many such great personalities expended their everything in our freedom movement, but it was the misfortune of the country that after independence, the next generations of the country were not acquainted with the austerity of such national heroes and national heroines. Many generations of the country were deprived of knowing their stories.

In September 2019, the Yogi Adityanath government of Uttar Pradesh announced the opening of a state-level university in Aligarh in the name of Raja Mahendra Pratap Singh.

He went to Afghanistan during the First World War and formed India’s first-in-exile government. He was the President of this government in exile. Raja Mahendra Pratap Singh announced the first government-in-exile in Afghanistan on 1 December 1915.

The government-in-exile means the declaration of an independent Indian government during the British rule. Subhash Chandra Bose did the same work which was done by Raja Mahendra Pratap Singh.

His early education took place at the Government School in Aligarh but he was soon admitted to the Muhammadan Anglo Oriental College School (MAO), which is also known as Aligarh Muslim University.

While Prime Minister Narendra Modi is going to lay the foundation stone of the university in his name, Raja Mahendra Pratap Singh fought against the BJP in the elections. He defeated Atal Bihari Vajpayee from Mathura constituency in the 1957 Lok Sabha elections. Singh was an independent candidate here, while Vajpayee contested the elections on a Bharatiya Jana Sangh ticket.

The Government of India issued a postage stamp in his honor in the year 1979. He established the Executive Board of India in Japan in 1940 during World War II.

Central government extended the time limit for abortion, now abortion can be done for so many weeks of pregnancy

‘Gulabo Sitabo’ fame Farrukh Zafar dies at the age of 89, will be handed over today

T20 World Cup: There is a ruckus over making MS Dhoni the mentor of Team India, because of this the screw is stuck

Will Divya Aggarwal be a part of Salman’s show after winning ‘Bigg Boss OTT’? said this thing