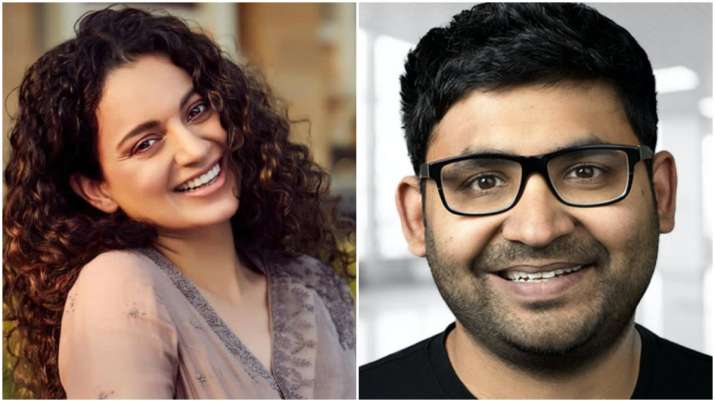 Kangana Ranaut, Anupam Kher and a few others have reacted to Indian-American Parag Agarwal replacing Jack Dorsey as the new CEO of Twitter. Let me tell you, Kangana’s account was permanently suspended by Twitter. Kangana took to her Instagram stories to share her reaction to Jack’s exit. He shared a tweet about the same and wrote, “Goodbye Uncle Jack…”

Anupam Kher expressed happiness in welcoming Parag as the new CEO. He tweeted in Hindi, “Our Hindustani brother, Parag Agarwal is becoming the new CEO of Twitter! Anything can happen.

Sonam informed her followers about her resignation from the company while retweeting Jack’s post on Twitter. Jack Dorsey, who co-founded the company and resigned on Monday, did not give a specific reason.

Kangana’s account was ‘permanently suspended’ on May 3 this year after she posted a series of provocative tweets in reaction to the West Bengal Assembly election results. A Twitter spokesperson had said that “his account was suspended for repeated violations of the Twitter Rules, in particular our Hateful Conduct Policy and abusive behavior policy.” Since then, Kangana keeps sharing her thoughts on her Instagram account and Ku app.