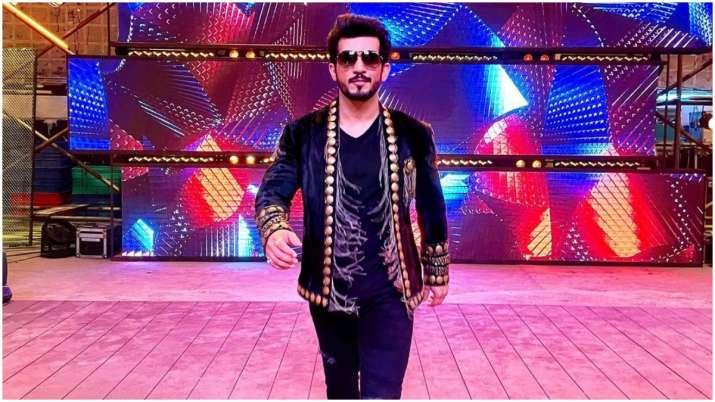 The finale of Rohit Shetty’s reality show ‘Khatron Ke Khiladi 11’ took place on Sunday, in which Rohit declared Arjun Bijlani as the winner. Along with the trophy, Arjun also received a Maruti Suzuki car as a reward. The top 5 contestants of the show were Arjun Bijlani, Shweta Tiwari, Varun Sood, Divyanka Tripathi and Vishal Aditya Singh. The five finalists performed the finale task.

In the last episode of the show, the contestants also had fun with the task. Aastha Gill and Rahul Vaidya wrote the song for Top 5 contestants. He wrote a song about Divyanka, Shweta, Rahul, Vishal and Arjun, praising everyone. This was followed by the first task of the grand finale, in which Vishal Aditya, Shweta Tiwari and Arjun Bijlani were face to face. Vishal did this task first. In the task, Vishal took out 5 flags, Arjun 2 and Shweta 1 flag, after which Vishal and Arjun made their place in the finale race. In this way, there was a lot of fun and jokes during the show.

In Khatron Ke Khiladi 11, Arjun Bijlani gave his best in every task. Arjun was also praised by the show’s host Rohit Shetty himself. He had said that Arjun always completes his task calmly, he neither creates panic nor pretends after winning.

Madhuri Dixit-Raveena Tandon will make digital debut with this web series, will announce many projects including Dhamaka-Hiramandi

Sanjay Leela Bhansali to make OTT debut with web series ‘Hiramandi’, told where did he get the inspiration to make the show

Share
Facebook
Twitter
Pinterest
WhatsApp
Previous articleAarti Singh is sad for not being in touch with Siddharth Shukla at the last moment
Next articleBigg Boss 15: Will Neha Marda be a part of the show? The actress herself has given this answer

Dimple Cheema was about to get married as soon as Vikram Batra returned, had made all the preparations to become a bride

IPL 2021: Ian Bishop told, Dhoni will have to do this work, only then Chennai Super Kings coin will run in UAE