SportsJasprit Bumrah like 'Yorker King' will not be able to play T20... 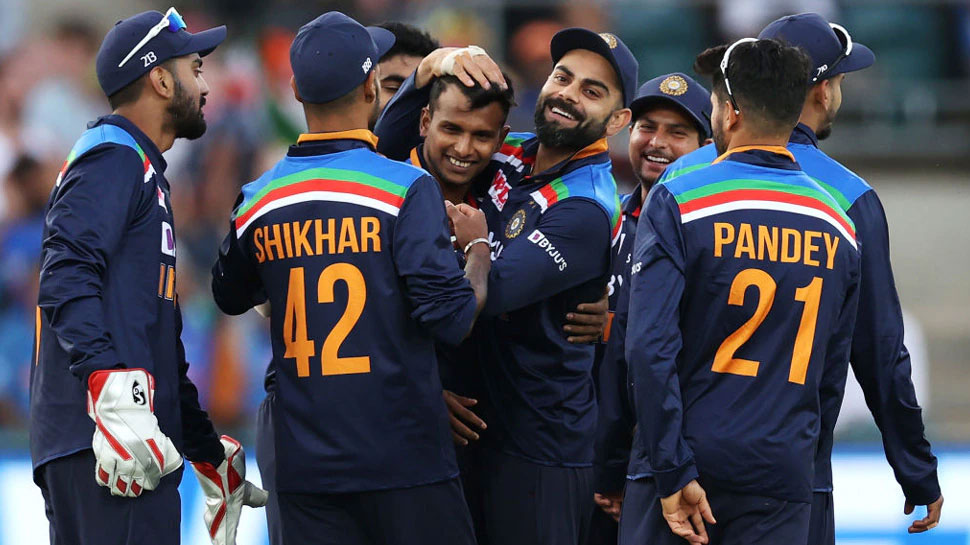 
New Delhi: Team India was announced for the ICC T20 World Cup 2021 on 8 September, but T Natarajan, popularly known as ‘Yorker King’. He was neither included in the 15-man squad nor in the list of standby players.

The BCCI has relied on Jasprit Bumrah, Mohammed Shami and Bhuvneshwar Kumar as specialist fast bowlers. In such a situation, the leaf of T Natarajan was cut from the T20 World Cup 2021.

T Natarajan has played only 4 T20 Internationals so far, in which he has taken a total of 7 wickets at an average of 17.42 and an economy rate of 7.62. His best bowling figure was 3/30 which he achieved on 4 December 2020 against Australia in Canberra Canberra.

Talking about T Natarajan’s IPL career, he has taken 20 wickets in 24 matches of this mega T20 league at an average of 34.40 and an economy rate of 8.23, his best bowling figure was 2/24. Natarajan is currently a part of Sunrisers Hyderabad, but he has played for Punjab Kings in the year 2017.

Talking about T20 International format, Jasprit Bumrah took 59 wickets in 50 matches, Mohammed Shami took 12 wickets in 12 matches and Bhuvneshwar Kumar took 63 wickets in just 21 matches. However, due to the presence of these seniors, T Natarajan was not given a chance in the T20 World Cup.

There is no dearth of talent in T Natarajan, he proved this in the last Australia tour. Despite this, Natarajan’s low experience became a problem. The Indian team management thought it right to give preference to experienced fast bowlers in global tournaments like T20 World Cup.

Share
Facebook
Twitter
Pinterest
WhatsApp
Previous articleThis veteran got angry after Dhawan was thrown out of the T20 World Cup, said- he is the player of the big match
Next articleWill Ravi Shastri and Virat Kohli get punished for their negligence for the book launch?

Bigg Boss 15: The anger of ‘Bigg Boss’ erupted over the actions of these contestants, nominated these people

IPL 2021 RR vs MI: It can happen that the playing XI of both the teams, will Suryakumar Yadav also be cut after Ishan

IPL 2021 CSK vs DC: Chennai Super Kings’ performance in the knockout stage has been strong, Delhi Capitals have to be careful

Smriti Irani appealed to the fans to wear masks, but people started praising this

PM Modi in Aligarh: Know who is Raja Mahendra Pratap Singh, in whose name PM Modi laid the foundation stone of the university