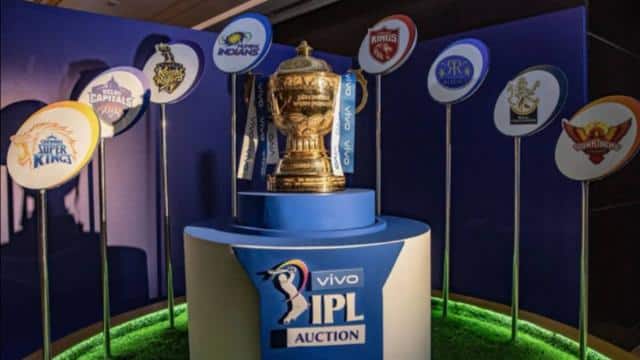 The Board of Control for Cricket in India (BCCI) has set a salary cap of Rs 90 crore for all 10 franchise teams, including two new Indian Premier League (IPL) teams, and eight established teams can retain a maximum of four players. As news agency PTI reported on Friday, two new franchises – Lucknow and Ahmedabad – will be given the option of picking up to three players from the auction pool following the announcement of the ‘retained’ players from the old teams.

A senior IPL franchise official told PTI, “BCCI has sent a letter to all the franchises informing them about the new rules. In this, retaining four players will cost a team Rs 42 crore, while retaining three players in the team will cost him Rs 33 crore. Retaining two players would mean a reduction of Rs 24 crore out of Rs 90 crore while retaining one player would cost Rs 14 crore.

He also pointed out that the amount spent on retaining the player and the amount paid to the player is not always the same. “Suppose Delhi Capitals retains Rishabh Pant as their ‘first player’ out of the maximum four players, then Rs 16 crore will be deducted from his account but in reality it is not necessary that Pant should get the same amount,” the official said. Will get It can be much less than this. I am just giving an example.

IPL 2022: Aakash Chopra told, what difficulties will the new teams face during the auction

In case of retaining four players, there will be three Indians and one foreigner or two Indians and two foreign players. The new franchise can keep two Indians and one foreign player in its team from the remaining players. The letter said that in November, eight old franchise teams may be given a chance to retain players, while from December 1 to 25, Lucknow and Ahmedabad will have the opportunity to choose three players. The auction will take place in early January. If a team keeps four players, then the cost of the first player will be 16 crores, the second player 12 crores, the third player 8 crores and the fourth player will be 6 crores. In this way Rs 42 crore will be deducted and the franchise will enter the auction with Rs 48 crore. For keeping three players, this amount will be Rs 15 crore, 11 crore and 7 crore respectively from first to third player, Rs 14 and 10 crore for retaining two players and Rs 14 crore for keeping one player. If a player is retained who has not played international cricket, then only Rs 4 crore will be deducted.

Sangeeta Bijlani revealed, when the mother used to reach the shooting, this was the atmosphere on the set

Exclusive! Salman Khan on ‘Antim: The Final Truth’: When you are playing a Sardaar, you need to ensure that Singh is King – Times...