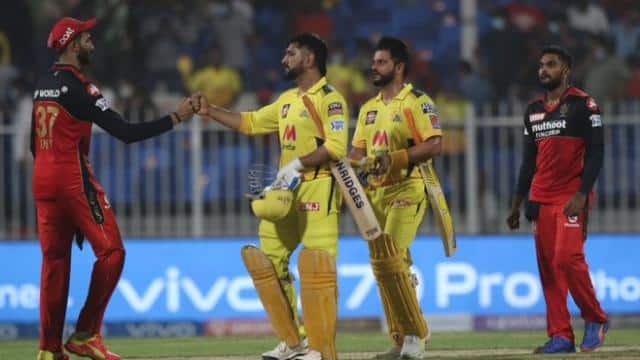 
Chennai Super Kings have again topped the points table after defeating Royal Challengers Bangalore in the 35th match of the Indian Premier League (IPL) 2021. In the match played on Friday, CSK beat RCB by 6 wickets. Despite this defeat, RCB remains at number three. But losing 2 matches in the second phase of IPL 2021 has affected its net run rate. RCB were defeated by KKR in the first match. On the other hand, talk about CSK, in the second phase of IPL 2021, he has won both his matches while performing brilliantly. Delhi Capitals has come second in the points table. KKR are currently at number four in the points table.

Rajasthan Royals remains at number five in the points table. Five-time IPL winners Mumbai Indians are sixth in the points table. Punjab Kings is at seventh and Sunrisers Hyderabad is at eighth position. Talking about the match played on Friday, Chennai won the toss and decided to field. Virat Kohli and Devdutt Padikkal got RCB off to a great start. The partnership of 111 runs for the first wicket between the two. Virat scored 53 runs in 41 balls. Padikkal scored 70 runs for RCB. Apart from him, de Villiers scored 11, Maxwell scored 11 runs. RCB scored 156 runs for the loss of 6 wickets in 20 overs. Dwayne Bravo took three big wickets and Shardul Thakur took two big wickets for Chennai.

Chasing a target of 157 runs, Chennai got off to a great start by Rituraj Gaikwad and Faf du Plessis. There was a partnership of 71 runs between the two. Chennai achieved the target of 157 runs in 18.1 overs for the loss of four wickets. Rituraj Gaikwad scored 38 and Ambati Rayudu scored 32 runs for CSK. Faf du Plessis scored 31 runs. Suresh Raina remained not out on 17 and Captain MS Dhoni scored 11 runs. Harshal Patel took two wickets for RCB. Dwayne Bravo was given the man of the match for his brilliant performance.

CSK vs RR: Batting tips from Virat Kohli came a lot of work from Yashasvi Jaiswal, got a special gift from MS Dhoni too

Deepika-Ranveer took a luxurious bungalow in Alibaug, here are the farmhouses of many stars including Shahrukh

Akash Chopra did not like the decision to retain Rishabh Pant as the captain, said – it is not ideal

IPL 2021: There may be a return of spectators in the stadiums of UAE, BCCI is making a strong plan