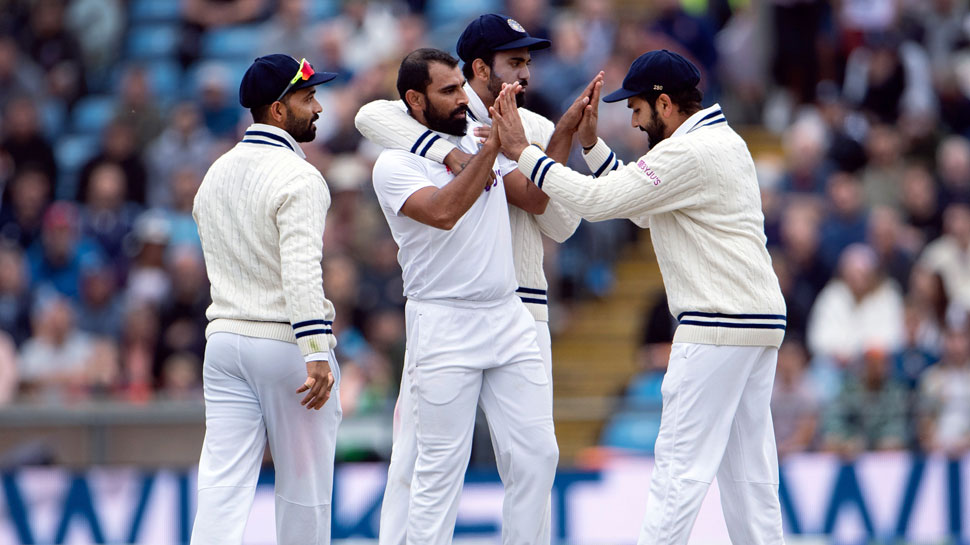 
New Delhi: The play of the third day of the third match of the 5-match Test series between India and England is going on. On the first day of the match, Team India won the toss and batted first and could score only 78 runs in 40.4 overs for the loss of 10 wickets. Now at the end of the second day’s play, England’s team scored 423 runs for the loss of 8 wickets. The third day’s play continues. England’s team is all out for 432 runs and India is 354 runs behind. In the second innings, Team India scored 156 runs for the loss of 2 wickets.

Till the stumps on Thursday, England scored 423 runs for the loss of 8 wickets in their first innings, due to which Team India fell behind by 345 runs. Team India will try to get the British out early and bat well in their second innings.

After winning the toss in the match, opting to bat first, Team India suffered a major setback in the first innings itself. KL Rahul returned to the pavilion without opening the account. Cheteshwar Pujara also could not do much and returned to the pavilion after scoring 1 run in 9 balls. Team India’s captain Virat Kohli also proved to be a flop once again and went on to score 7 runs. At the same time, vice-captain Rahane also could not do much and was dismissed after scoring 18 runs. Rohit stayed on the crease but no one could support him, Pant also returned to the pavilion after scoring 2 runs. After that Rohit Sharma went on 19 runs after playing a very bad shot, soon after which Shami got out on the first ball itself. After which all the players returned to the pavilion one by one and in the first innings, the Indian team could score only 78 runs. In reply, England’s team has scored 120 runs without losing any wicket. Till the end of the day’s play, England opener Haseeb Hameed is playing on 60 and Rory Burns is scoring 52 runs.

How will the weather be?

Light clouds are visible over the Headingly ground of Leeds, due to which the role of fast bowlers will become important. Where India’s Ishant Sharma, Mohammed Shami, Jasprit Bumrah and Mohammad Siraj can all out the British very soon. At the same time, seeing the clouds, James Anderson’s happiness is bound to increase.

Team India’s record at Headingley ground is excellent, in the last 54 years, India has not lost a single match on this ground. India was defeated here for the last time in 1967. At the same time, England’s record on this ground has been very embarrassing. In the 2019 Ashes match, the hosts were reduced to 67 runs.

These ethnic looks of these actresses are best for Raksha Bandhan, will make you stylish

Bigg Boss 15 | Prateek Sahajpal’s glass had to be broken on the forest dwellers, Tejashwi Prakash got a boyfriend in the show