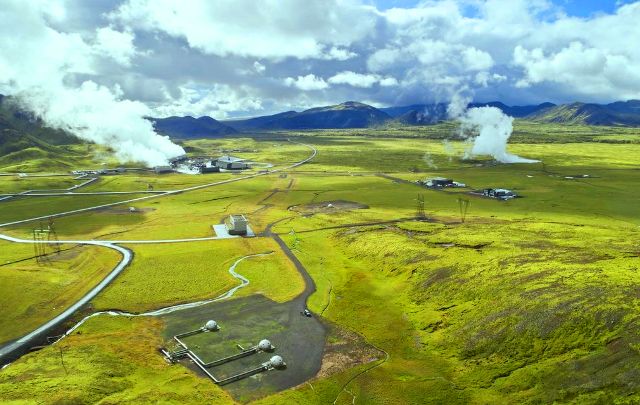 The world’s largest plant, which can directly absorb carbon dioxide from the air and then store this carbon dioxide underground, has started operation in Iceland on September 08, 2021. This news was shared by the company based on the nascent green technology.

This plant in Iceland will be able to absorb 4,000 tonnes of carbon dioxide per year. The amount of carbon dioxide absorbed by this plant would be equivalent to the annual emissions from about 790 cars. According to the International Energy Agency, in the year 2020, global CO2 emissions totaled 31.5 billion tonnes.

powered by air in Iceland CO2 Absorbing Plant: Know How It Works!

• The Orca plant, a reference to the Icelandic work of energy, consists of eight large containers that look similar to those used in the shipping industry.
• The plant will use high-tech filters and fans to directly absorb carbon dioxide from the air.
• The carbon thus separated will then be mixed with water and then, through a pump, released into the depths of the land, where it will gradually turn into a rock.
• Both these technologies will be powered by renewable energy sourced from a nearby geothermal plant.

What is this Direct Air Capture technology to absorb carbon directly from the air??

It is one of the few technologies that directly absorbs carbon dioxide from the atmosphere. This technology is considered by scientists to be the key to limiting global warming. Global warming is attributed to wildfires, heatwaves, rising sea levels and flooding.

Direct air capture is still an expensive technology. However, its developers expect that most consumers and companies are trying to reduce their carbon emissions.

Direct air-capture facility in the US

Occidental, a US oil firm, is currently developing the largest direct air-capture facility. It will absorb 1 million tonnes of carbon dioxide per year from the open air near some of its Texas oilfields.