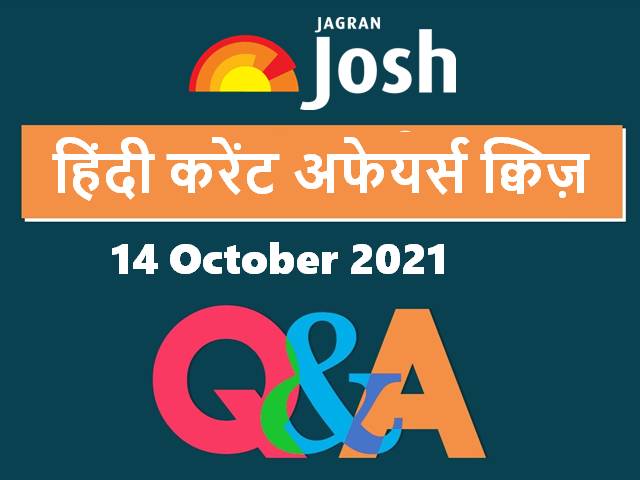 2. The Central Government has notified new rules related to abortion, under which the time limit for medical abortion of certain categories of women has been increased from 20 weeks to how many weeks?
a. 24 weeks
b. 28 weeks
c. 25 weeks
d. 26 weeks

3. In which city of the state of Haryana has the central government approved to set up a heli hub?
a. Panipat
b. Faridabad
c. Ambala
d. Gurugram

4. Who has been re-appointed as the chairman of the National Commission for Protection of Child Rights (NCPCR) by the Central Government?
a. Sarita Devi
b. Anita Hansdani
c. Priyank Kanungo
d. avani chaturvedi

3d. Gurugram
Preparations are on to build a heli hub in Gurugram, Haryana. Helicopters will not only be able to fly from here, but there will also be facilities from helicopter parking to repair and refueling. The Union Ministry of Civil Aviation has given its approval. From this heli hub, helicopters will be able to fly to Gurugram city and other states outside the city as per their capacity. Five heli hubs are to be set up across the country. Of these, Juhu in Mumbai will become a heli hub with the capacity to operate 20 to 25 helicopters simultaneously, while in Gurugram its capacity will be 30 to 35.

5. a. Satya Nadella (Microsoft CEO)
Microsoft CEO and Indian-American Satya Nadella will be honored with the prestigious ‘CK Prahlad’ award this year for ‘Global Business Sustainability Leadership’. The award was instituted in 2010 at the request of the ‘Corporate Eco Forum’ (CEF) to honor Indian-American Prahlad. Prahlad was a founding advisory board member of the Forum.

6. b. Rs 28,655 crore
On October 12, 2021, the government announced a net subsidy of Rs 28,655 crore on Phosphatic and Potash (P&K) fertilizers. The Cabinet Committee on Economic Affairs, chaired by Prime Minister Narendra Modi has approved nutrient based subsidy rates for Phosphatic and Potash fertilizers from 1st October, 2021 to 31st March, 2022. The central government said that with the additional subsidy, all phosphatic and potash fertilizers will be easily available to the farmers at subsidized/affordable prices during the Rabi season 2021-22.

7. c. 100
The Union Cabinet approved the affiliation of 100 schools of government and private sector with the Sainik Schools Society. Its purpose is to promote value based education, effective leadership with character, discipline etc. in children. The proposal to this effect was approved in the meeting of the Union Cabinet led by Prime Minister Narendra Modi. The government says that Sainik Schools have not only provided value based quality education within the reach of aspiring parents and children, but have also presented a proud history of students reaching the highest level from ordinary backgrounds.

8. a. 14 October
Every year on 14 October, ‘International E-waste Day’ is organized around the world to create awareness about the health effects of e-waste. The day was started by the ‘West Electrical and Electronic Forum’ (WEEF) in the year 2018. In July 2020, a report was released by ‘United Nations University’, in which it was told that the global e-waste could increase by about 38 percent in the period 2020 and 2030.

ICC banned Roy Kaia, know why he got such a big punishment!

After all, who are the contestants of Khatron Ke Khiladi, sleepless nights