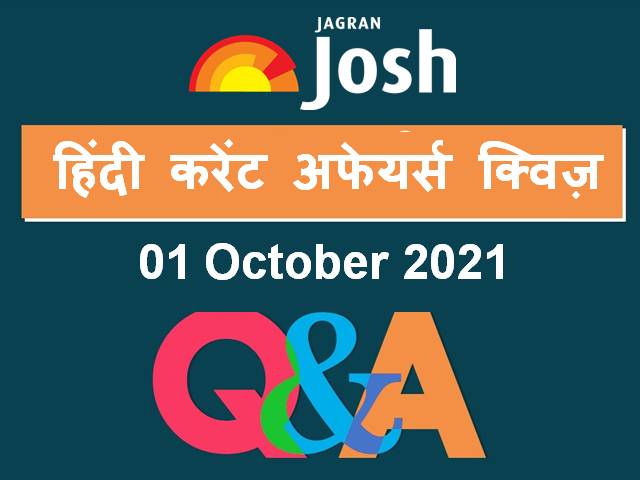 2. Recently in which state a state-wide campaign has been launched to demand the passage of the Social Accountability Act in the next assembly session?
a. Uttar Pradesh
b. Karnataka
c. Rajasthan
d. Punjab

3. Which of the following country has lifted the ban on tourists from India coming into the country by their vehicles?
a. Nepal
b. China
c. Bangladesh
d. Pakistan

4. Which of the following state government has been approved by the High Court for the door step delivery scheme?
a. Punjab Government
b. Government of Tamil Nadu
c. Delhi Government
d. Bihar Government

5. A Paris court has sentenced former President Nicolas Sarkozy to imprisonment for how many years for spending twice the amount in the 2012 elections?
a. two years
b. three year
c. 4 years
d. one year

6. All India Institute of Ayurveda (AIIA) has developed a kit to increase immunity in children up to how many years?
a. 20 years
b. 16 years
c. 22 years
d. 25 years

7. International Translation Day is celebrated on which of the following days?
a. January 10
b. March 12
c. 30 September
d. February 18

1. b. first friday of october
‘World Smile Day’ means ‘World Smile Day’, which is celebrated every year on the first Friday of October. The idea to celebrate this came to an American artist ‘Harvey Ball’, he was the first to create the smile face icon, which we use today while sending many types of messages. The main purpose behind celebrating ‘World Smile Day’ is to make people understand the importance of smile.

2. c. Rajasthan
Recently, a state-wide campaign has been launched in Rajasthan to demand the passage of the Social Accountability Act in the next assembly session. A committee was constituted by the government under the chairmanship of former State Election Commissioner, Ram Lubhaya to advise on the draft of the Social Accountability Bill in the year 2019 and the draft was presented by the committee in the year 2020.

3. a. Nepal
Due to Kovid 19, people and vehicles were banned on the Indo-Nepal border from 22 March 2020. Seeing the normalcy of the situation, the Government of Nepal first allowed the entry of tourists on foot. Now Indian private vehicles and motorcycles have been allowed entry after showing the certificate of Kovid rescue, after the paper process of vehicles as before.

5. d. one year
A Paris court has sentenced former President Nicolas Sarkozy to one year in prison for spending twice the amount in the 2012 election. Nicolas Sarkozy, the former French president, was found guilty of illegal funding in 2012 for a failed attempt to contest re-election. Sarkozy was the President of France from 2007 to 2012.

6. b. 16 years
All India Institute of Ayurveda (AIIA) has developed a kit to increase immunity in children up to 16 years. AIIA under the Ministry of AYUSH has developed this kit in view of the threat of a possible third wave of corona. AIIA has named it Child Defense Kit. AIIA will distribute 10,000 free kits on National Ayurveda Day on November 2.

8. a. Pakistan
Recently, Pakistan has discussed joining Taliban-led Afghanistan in multi-billion dollar China-Pakistan Economic Corridor (CPEC) projects. The China-Pakistan Economic Corridor (CPEC) is a bilateral project between Pakistan and China. It aims to promote connectivity across Pakistan with a network of highways, railways and pipelines along with energy, industrial and other infrastructure development projects.