Being feminist is the new fashion

Feminism is the belief in social, economic and political equality of the sexes. Feminism means giving equal rights, support and opportunity to all the sexes. Being feminist mean that you support that all humans should be treated equally with equal right, opportunity and supports . It’s all about respecting diverse women’s experience, identities, knowledgement and strength and striving to empower all the women to realise their full right.

Being femisit means that you support the act and believe that everyone is equal and should be treated with quall love and support. And yes anyone can be feminist a boy, a girl or a transgender there is no boundaries of genders. Being feminist is the fashion which never gona end .The reason why being feminst is the new fashion…

Being feminist is the most fashionate thing because it makes you believe in giving equal rights to others gender as well . Right of equal carrier option. if men’s can continue their career after marriage then women’s can also do the same . If men can stay away from their family for career then women’s can also do the same, Equal right of speech, driving licenses,
passport, property, party, Clothes, clubbing etc.

Being feminist is the most fashinate thing because it makes you believe that you are not jealous of other gender sucess instead you are supporting to them even more . If someone’s sister is way more successful than his brother then instead of blaming her for her success you celebrate her accomplishment and support her even more . If someone’s wife is accomplisher then instead of comparing her husband with her you enjoy the fact that they support others and you are proud of the fact that you it doesn’t bother you instead it make you feel more proud of it .If a transgender is working in your office instead of judging her you support her work.

Being feminist is cool because a feminist accept more and judge less . if you are a feminist then you will not waste your time in judging clothes, behaviors, etiquette. you just accept them for their individuality instead of telling others what you should wear and how you should behave or how you should laugh, You just focus on yourself. Let others live their life and mind your own business. If a woman is in a higher post then you, instead of assuming that she might have slept with your boss you just accept the fact that she is more qualified then you are.

Being feminist is fashionate because it makes you believe that you can share equal responsibility . If your son can handle your company then your daughter can do it too. If your son is taking your whole house responsibility then your daughter can do it too . sharing is caring if you keep on giving burden and responsibility to one person or to one gender then you will always be stuck in patriarchy and you will never be able to follow the new and long lasting fashion of feminism .

What really women want is equal respect , rights, opportunity and freedom
If boys or men’s can go to night walks and can come back home safely then girls also want the same the also want to go for night walks and come back home safely without any abusive behavior , without any sexual harassment, without any rape threats , if boys or men’s can room whole market in just their undergarments then why girls in crop still address as slut in the same market .

Women’s don’t need luxiourness to be happy. What they need is freedom, independence, respect, equality in opportunity and in responsibility and most importantly a society which judge them less and accept them more .being feminist doesn’t mean that you hate men’s it just means giving equal rights to each and every gender.

Why feminism being hated by others ? 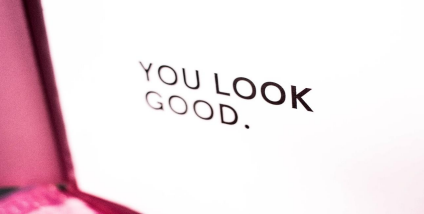 It is rightly said by someone that, “If you Embrace your natural beauty, you will Blossom!” This sta…

Fast growing technology in the field of communication system

Sonu Sood showed such stunt inside the mall, but appealed to the fans not to do so

KL Rahul was looking for this thing after scoring a century in Lord’s, was not waiting

Deepika-Ranveer took a luxurious bungalow in Alibaug, here are the farmhouses of many stars including Shahrukh

Amitabh Bachchan reached the hospital late in the evening, daughter Shweta Nanda was also seen with him; increased fans’ concern