SportsFans were surprised by this decision of Virat Kohli, took such a...

Fans were surprised by this decision of Virat Kohli, took such a step regarding DRS 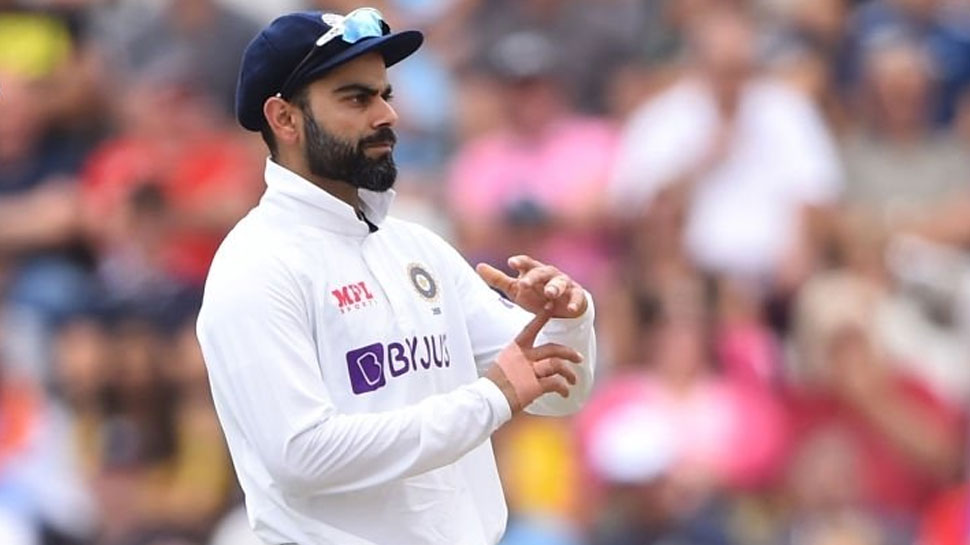 
New DelhiTeam India captain Virat Kohli is usually not so lucky in the case of DRS, but on the second day of the third test between India and England (IND vs ENG 3rd Test), the matter is somewhat was different.

In the Headingley Test, when the match was moving towards Tea Time on Thursday, Mohammad Siraj gave a big relief to Team India by sending David Malan to the pavilion.

Also read- Will the dream of this partner of Kohli be broken? Will not get a chance in T20 World Cup 2021!

When Mohammad Siraj bowled the 5th ball of the 94th over, after lightly touching David Malan’s bat, it reached the gloves of wicketkeeper Rishabh Pant, after which the Indian players made a strong appeal.

The field umpire first gave the verdict of not out. Rishabh Pant was also not sure whether the ball touched the bat or not, but Mohammad Siraj insisted, after which Virat Kohli (Virat Kohli) indicated the DRS. .

It could be clearly seen in the replays that Mohammad Siraj’s came out by touching David Malan’s bat, after which the third umpire gave the signal of out. And thus Malan got out after scoring 70 runs. The partnership of 129 runs between him and Joe Root was broken.

In the current Test series against England, Virat Kohli’s DRS decision has not been as effective, due to which he faced a lot of criticism, although he proved to be right on Thursday, whose fans have praised him. Has also expressed surprising happiness.

Right on tea Siraj dismisses Malan! The partnership of Malan and Root is broken. #ENGvIND

Siraj gives the breakthrough for India, breaks 139 runs stand between Malan and Root as he gets Malan for 70 and England lead by 220 runs in the first innings.

Fans after Virat Kohli won the toss AND took a good review in the same match pic.twitter.com/v5mj5ZFRge

Malan (70) falls on the stroke of tea, tickling Siraj down the leg-side. Great review by the seamer!

Root 80no still there #ENGvIND

Share
Facebook
Twitter
Pinterest
WhatsApp
Previous articleWhen the most embarrassing incident happened during the live match, this man did this wrong thing with the woman
Next articleWhy is Kohli repeatedly excluding Ashwin from the playing 11? now revealed

Rahul Dravid will become the head coach of the Indian cricket team, this is the big reason behind it

It is difficult to drop Rahane from Team India, these best innings make him great than Kohli

World Mental Health Day 2021: Know how important mental health is and its history