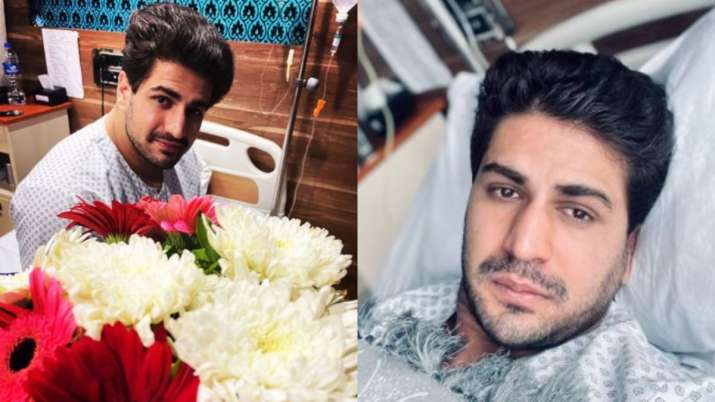 Actor Rajat Tokas, who made his place in the hearts of fans in his early days, is away from limelight these days. The actor, who rose to fame by playing the lead role in the popular show Jodhaa Akbar, also played important roles in shows like Dharti Ka Veer Yoddha Prithviraj Chauhan, Chandra Nandini and Naagin 3. After impressing the audience with his good looks and scintillating onscreen appearances, the actor had decided to take a break from work.

However, what is now attracting the attention of the actors is a cause of dismay for his fans. In his recent Instagram post Rajat can be seen lying on a hospital bed. Not only this but his caption also told, “How a person’s life is always surrounded by stress but it depends on how he deals with the situation.”

A few days back, Rajat shared a picture of himself on Instagram and wrote, “There will always be stress in life. But most of all it is important to know how to handle it. In every situation, you always have a choice whether to go for it.” How to deal with this situation otherwise your body gets used to what will happen naturally. Just when you feel like you don’t have time to rest, know that this is the moment when you have the most time to rest needed.”

As soon as he shared it, his fans got worried about his condition and wondered if he was going through depression. Many people even wished him a speedy recovery. One person wrote, “I think you are either going through mental health and relationship stress or you are suffering from a really serious condition!”

On the other hand, another user wrote, “Get well soon Rajat..and come back to TV with dramas like Prithviraj Chauhan, this morning I was discussing with my brother my favorite childhood drama Parthaviraj Chauhan.”

One fan wrote, “God will get you well soon,” while another commented, “What happened Rajat? Just relax and move on… please take care…”

Rajat is very active on social media and keeps sharing updates related to his life for his fans. Not only this, he also shared adorable posts for his wife.

Talking about his show Jodha-Akbar, it was launched in 2013 and it was produced by Ekta Kapoor. Rajat had joined the show as Akbar while Paridhi Sharma played the role of Jodha Bai opposite him. The show has been dubbed in various languages ​​like Tamil and Telugu and preparations are on for a Bengali version as well. The show ran for two years and was thoroughly enjoyed by the audience.

Jos Buttler was out before the start of IPL, shock to Rajasthan Royals

The actress died under mysterious circumstances, but because of this post-mortem is not being done?