Exclusive: ‘Tadap’ is a Hindi remake of ‘RX 100’, director Milan Luthria said – ‘People will enjoy when they compare the two’ 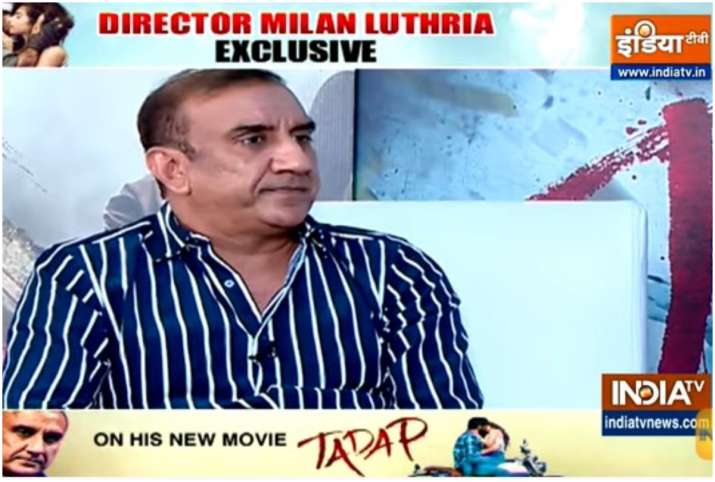 Ahan Shetty and Tara Sutaria’s film Tadap has been discussed everywhere. The trailer of this film is tremendous and everyone is engrossed in what kind of love story it is. To answer all these questions, the film’s director Milan Luthria had an exclusive conversation with India TV. In this special conversation, the director told how his film is different from other films.

Atrangi Re: Akshay Kumar, Sara and Dhanush rocking the motion poster, trailer to be released on November 24

Talking to India TV about the story of the film, Milan Luthria said- ‘Times have changed. Now new stories are coming. To make a traditional love story I don’t think this kind of film is needed right now. When I was looking for a story to make this film, heard many stories, watched many movies. Then when the Telugu film RX 100 came in front of us, everyone together felt that it was the right film. This film has a soul of its own, which I have not seen in any film till now. If you want to make a young film and satisfy yourself as a filmmaker, then this film was satisfying.

Talking about the film’s lead actor Ahan Shetty, Milan Luthria said- ‘Ahan also liked this film very much. Where did he, sir, I have to do a similar role. The challenge was whether he would be able to do it or not. This is because it is not a regular role. But putting so much weight on the new actor… that was my biggest concern. She has played this character very well.

FIR lodged against Kangana Ranaut, objectionable statement was given on Sikh community

Milan Luthria’s film Tadap is a Hindi remake of Telugu film RX 100. India TV asked the director if ‘RX 100’ is a cult film. In such a situation, are you feeling any pressure on yourself regarding the Hindi remake? Responding to this, Milan Luthria said- ‘When you remake any film and you think that you will make better than it, then you are already wrong. Somebody has made a very good film and you have bought the rights. In such a situation, you have to understand the film very carefully. There have been some changes in the remake but the premise remains the same. So it will be fun when people compare both the films.

Do you know who is doing ‘dirty acts’ in the background of Taarak Mehta fame Nidhi Bhanushali?

Lucknow and Ahmedabad will be the new teams in IPL 2022, RPSG Group and CVC Capital will be the owners