SportsEveryone surprised by Kohli's statement, gave this warning to Team India before... 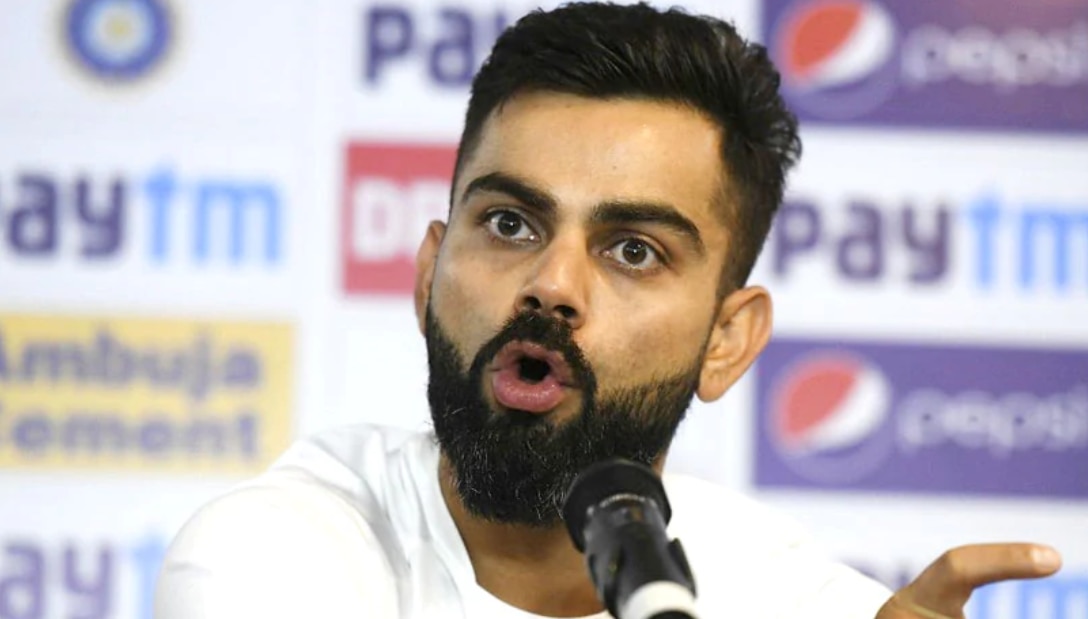 Leads: Team India captain Virat Kohli surprised everyone with his statement before the third Test match starting in Leeds from today. While giving a warning to Team India itself, Virat Kohli said that they should keep their pride in their pocket. India has a 1-0 lead over England in the Test series. India would like to take an unassailable 2-0 lead by winning the third Test in Leeds.

Why did Kohli give warning to Team India?

In the second Test match played at Lord’s, the England team was overwhelmed by screwing Bumrah. The result was that the Indian team was completely united and defeated England in the second test match to take a 1-0 lead in the series. Team India did this to answer the players of England in their own language and completed their revenge by winning.

Everyone shocked by Kohli’s statement

Virat Kohli has expressed his intentions before the third test match that he will enter the field with aggressive thinking in this match against England as well. Before the match, Virat Kohli warned Team India and said that when you are playing in England, you have to play with your pride in your pocket, because no batsman is set in these conditions.

should put the vanity in the pocket

Virat said, ‘You are never set in England, you need to keep your ego in your pocket. The conditions in England are not like anywhere else, where one can set up after reaching 30-40 and hit the ball in any direction. When you are in England, you have to fight for your first 20 runs.

Kohli said, ‘This mental skill and discipline is necessary to be successful in English conditions. If you are not patient, no matter how experienced you are or how many runs you have scored, you will be out. On that particular day the mindset of the batsman matters the most. The margin of error is very less, I believe these conditions are the toughest to bat in the whole world.

Share
Facebook
Twitter
Pinterest
WhatsApp
Previous articleWhat did Sakshi Dhoni see in a Dubai hotel that she hid her face in shame? viral photo
Next articleThese 4 Indian players can cut the ticket of T20 World Cup, the dream of these giants will be broken!

The strength of the Indian Army will increase, the Ministry of Defense has ordered 118 Arjun tanks

Makers used to reject Anupama’s Pakhi saying this, but did not lose courage

Beyond our known World lies, the Uncontacted Tribes!