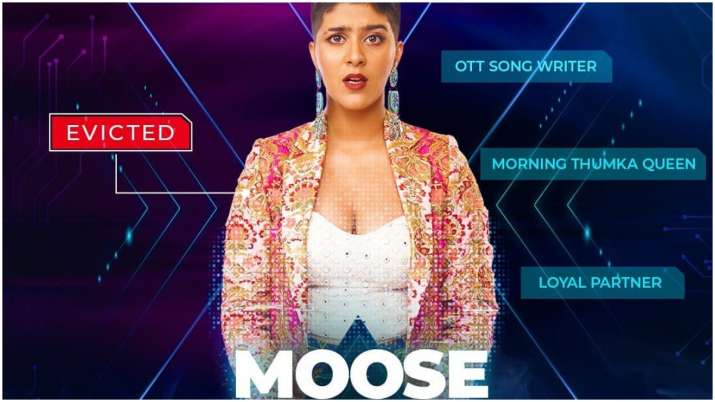 Now only 6 days are left in the finale of TV’s popular reality show ‘Bigg Boss OTT’. The show will have its finale on Saturday. In the episode ‘Sunday Ka Vaar’, 6 days before the finale, Moose has been out of the house. After which Shamita Shetta, Rakesh Bapat, Nishant Bhatt, Divya Agarwal, Prateek Sahajpal and Neha Bhasin are busy in making their claim for the trophy in the house.

Bigg Boss 15: The concept of the show will be like this, Salman Khan reveals in the new promo

Today i.e. Sunday’s episode was very interesting. The contestants of the house were seen accusing each other in front of the show’s host Karan Johar. At the beginning of the show, the stars of MX Takatak met the family members. All the contestants in the house were seen making videos for the stars of MX Takatak, which was very funny. After this Neha Kakkar and Tony Kakkar arrived on the show as guests and were seen promoting their new song ‘Kanta Laga’.

Meanwhile, Neha and Tony also played a game with the contestants, in which all the contestants had to thorn their side, whose words they have thorned. This game was also a lot of fun. At the same time, Moose had to be evicted from the house due to low votes at the end of the show. Actually, this time apart from Moose, Neha, Divya, Prateek and Shamita were also nominated, but the audience gave the least votes to Neha and Moose.

In such a situation, Karan left the decision of who would go out of the house between Neha and Moose. Meanwhile, Karan got two artificial bombs for Neha and Moose and both of them wore them. Now the family members were told that those they want to see in the finale, they should cut the wire of their bomb. During this, Nishant and Divya cut Moose’s strings, while Prateek, Shamita and Rakesh cut Neha’s strings. Accordingly, Neha got more votes and she was saved from being homeless. Nishant looked sad after Moose’s departure. At the same time, Prateek started crying bitterly. The upcoming episode is going to be a lot of fun. There will be a tough competition between the contestants in Finale Week.

Munmun Dutta got angry over the rumors of dating with 9 years younger ‘Tappu’, said – Shame that…

Share
Facebook
Twitter
Pinterest
WhatsApp
Previous article‘Sandeep Bhaiya’ of ‘Aspirants’ bought Mercedes, fans asked – has the financial situation improved?
Next articleYami Gautam said: ‘I was categorized as ‘beautiful’ girl, I was trapped in it’

IPL 2021 CSK vs RR: Which players did Sanju Samson give credit for the victory against Chennai Super Kings

Annabelle Sethupathi Review: A comedy with an interesting premise, but flat execution