BollywoodAryan Khan Drugs Case: Know every point of the arguments of both...

Aryan Khan Drugs Case: Know every point of the arguments of both the parties kept in the court 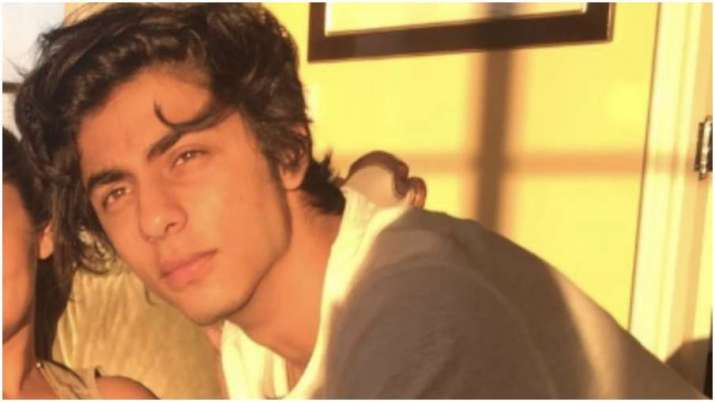 Today, in the sessions court, ASG Anil Singh, appearing for NCB, said that Aryan could not recover the drugs but he was in touch with the drug dealer. In such a situation, they should not get bail, there is also a judgment on this. While Aryan’s lawyer Amit Desai argued in favor of bail, he said that granting him bail will not affect the investigation. But now whether Aryan Khan will get bail or not, this decision will be in the court’s decision to be pronounced on October 20.

Let us know what the lawyers of both the sides said in their arguments in the sessions court today?

ASG Anil Singh, appearing for NCB, made these arguments

first argument The public prosecutor said that it is clear from the evidence which is against Aryan Khan that Aryan was involved in the crime. Given the seriousness of the matter, it is not right to see the bail. Being involved in the conspiracy and having a strong background, the accused can influence the witnesses and evidence.

second argument – The accused Aryan is not taking drugs for the first time, the evidence shows that he is consuming drugs for the last few years. At the cruise terminal in front of the IO, the accused had confessed that they consume drugs. Arbaaz told the IO that there is charas in the shiplock.

third argument Aryan had confessed that he drinks charas… and was going to take this charas through smoke on the cruise. We are in touch with MEA (Ministry of External Affairs) to know about the foreign national.

fourth argument Aryan may not have recovered but if you were in contact with a drug dealer (Achit Kumar) then there is a judgment that you should not get bail. If the connection of one accused with the other accused (who has a serious allegation) is proved, then both get the same punishment.

fifth argument In his argument, NCB’s counsel ASG Anil Singh said that even if recovery is not made, NDPS Sec 37 will be applicable. He said, “With regard to conspiracy, the Supreme Court has said that there is no direct evidence of conspiracy. Only the conspirator knows about the conspiracy. It can be proved only on the basis of circumstantial evidence. In such a situation, bail is not available. needed.”

sixth argument – ASG Anil Singh said, “The defense is saying that the accused are youths, but I do not agree with this. I want to tell the court that these youths are the future of the country. The country is dependent on you. This country is Gandhi, Buddha and It belongs to Mahavir. It should be stopped somewhere so it should be taken very seriously. That’s why we are trying to find the chain, the link, we are looking for the conspiracy.”

Amit Desai, appearing for Aryan Khan, made these arguments

first argument – Anil Desai said, “Being a citizen of this country, it cannot be denied that the whole world is fighting with drugs. We are all concerned about the cases of drugs. Salute to the work NCB is doing and so on. For this we fought for freedom. NCB officials are putting their lives in danger, but at the same time we have fought for the constitution and rights. Whatever it is, it should be according to the law. Three stages- Drugs smuggling, Peddlers And there are drinkers. The focus is more on peddlers because they spread drugs.”

second argument Arguing in favor of Aryan Khan, Amit Desai said, “The accused can be granted bail without affecting the investigation, when someone is in the stage of reform, he should be given a chance.”

third argument – ‘Celebrities and role models should be given strict punishment so that a message can be sent to the society’, such an argument was said by ASG in one case. At that time the Bombay High Court had said that they did not agree with the ASG. All are one before the law. Every case should be decided only on merit.

fourth argument – Amit Desai said, “My client’s mobile was seized and not handover to NCB by himself. When you seize something, you have to give a Caesar memo. NCB did not say anywhere that If Aryan gets bail then how can he affect the investigation of this case.”

fifth argument Amit Desai said that the investigation will not be affected if he is released on bail. The entire case of NCB is on commercial quantity of drugs and conspiracy. Aryan being the consumer of this case is at the bottom.

sixth argument Presenting his side on behalf of Aryan Khan, Amit Desai said in the court today, “I do not know about this chat. We do not even know about its truth. Today’s young generation talks in a different language. , joke with each other in a different way that we are different from the old generation. I can say with certainty that it is a total lie that this boy is associated with illegal drug trafficking!” Referring to the WhatsApp chat, Anil Desai said, “Was he joking? Was he gossiping? Or was he talking about some other issue. WhatsApp chats are private moments? It has nothing to do with international drug trafficking. There is no relation. It is very important to understand in which context you were talking.

seventh argument Amit Desai completed his argument and said, “You bail this boy (Aryan). His freedom should not be curtailed. If you want to impose restrictions, then you can impose. Aryan will always be there for investigation. You Give bail to Aryan.”

Suryakumar Yadav will not get any chance in the fourth test, this big reason came to the fore

Money Heist 5: ‘Professor’ reveals which character fans hate the most

Akshay Kumar’s co-star Vaani has ever handled such work in hotels, luck changed like this

When the most embarrassing incident happened during the live match, this man did this wrong thing with the woman

IPL 2021 RCB vs KKR: After the humiliating defeat of Royal Challengers Bangalore, know the condition of the latest point table, KKR took a...