Anupamaa Spoiler Alert: Anupama will get angry seeing Anupama’s joke flying in the flight, nothing will happen to anyone 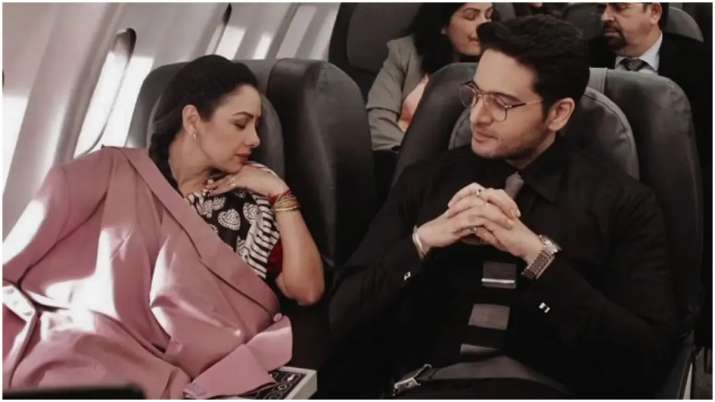 super hit TV serial ‘Anupama’ There is going to be an interesting twist in the story once again. After the arrival of Anuj Kapadia in the show, a new color has been filled in Anupama’s life again. It is shown in the show that Anupama agrees to move to Mumbai with Anuj Kapadia. The more excited he is about his first flight, his fans are equally excited. New twists are being seen in this show every day.

The upcoming episode is going to be even more interesting for the viewers. A new promo of the show is becoming very viral on social media. In the video you will see that Anuj Kapadia on the flight will turn red with anger at an unknown person for Anupama.

Actually, Anuj cannot tolerate this when someone says anything to Anupama. After all, Anupama is his childhood love. You will see that when Anupama sits in the flight, Anuj will ask her to put on the seat belt. But he has trouble putting on the seat belt. After this Anuj will call the crew member to help him.

During this, a passenger sitting behind the seat will make fun of him and say that look, people do not even know how to wear seat belts. Hearing this, Anuj gets angry and he will stare back and ask the person, ‘Have you said anything?’ After this the person will apologize to Anuj and will sit in fear. But Anupama will be impressed by this style of Anuj. After that it will also be shown that Anupama gets scared during the flight and she will hold Anuj’s hand. On the other hand, seeing Anupama sitting next to him, Anuj’s happiness knows no bounds.

In the upcoming episodes, you will get to see another twist in which Anupama’s look is going to change completely. In such a situation, it will be interesting to see what will happen to Anuj after seeing this glamorous avatar of Anupama.

Sonakshi Sinha opens up about nepotism debate in Bollywood, says star kid lose out on films but ‘nobody goes around crying’ – Times of...

Arshad Warsi reacts to John Cena sharing his transformation photo on Instagram, says he is ‘quite kicked’ – Times of India