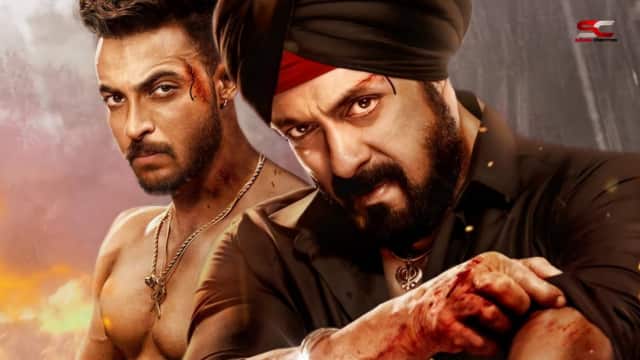 Fans of Bollywood’s ‘Dabangg’ actor Salman Khan were waiting for a long time for his film ‘Antim: The Final Truth’. In the film, Salman Khan is in the role of a Sardar Police, while Ayush Sharma is in the role of Villain. Along with this, the character of Aayush Sharma’s love bird is played by Mahima Makwana. The wait of the fans is over, so let us tell you that the review of the film ‘Antim: The Final Truth review’. At the same time, let us also tell you that the last one is the official remake of Marathi film ‘Mulshi Pattern’.

What’s the story: There is a dialogue of Ali Fazal in the web series ‘Mirzapur’ – ‘I started under compulsion, but now it is fun.’ The story of the film is also similar, where Rahul/Rahuliya (Aayush Sharma) lives in a village with his father (Sachin Khedkar) along with mother and sister. For some reason Rahul’s father has to sell his land and after that he comes to the city (Pune) and starts wages. Rahul’s father’s thinking is – ‘Ek roti will eat but hard work will eat’, but Rahul thinks – ‘Will eat a whole plate and sweet dish along with it.’ Due to the ongoing compulsion with the family, Rahul slowly descends into the crime world. In the film, Rajveer Singh (Salman Khan) enters the ground to stop Rahul. But Rajveer puts his mind to the strength of the police as well. Now in such a situation, how slowly Rahul becomes the brother of Pune from a small goon and how Rajveer Singh stops him. This has been shown in the film by connecting with the emotions of the family. In the end, you have to watch the film to know whether Rahul wins or Rajveer.

What’s special: ‘Bhaijaan’ fans have always wanted to see him shirtless in films, which even Salman Khan fulfills. In such a situation, this wish has also been fulfilled in this film. There is a shirtless fight scene of Salman Khan and Aayush in the film, which is not very special, but will give a whistling feeling to Salman Khan’s fans. The film of about two and a half hours seems to give up its grip on many parts.

How is the direction and acting? There is nothing in the film that you can call new. Also, from the direction to the background score, nothing is too captivating. Not only the background score but there is not a single song in the film that you can enjoy while watching the film. At the same time, some songs are shown forcefully. On the other hand, if we talk about the acting of celebs, then Salman Khan has acted differently in his career. In the film, Salman is not seen screaming, shouting or hitting heavy dialogues. Salman has portrayed his character with a very calm manner and seriousness, which is quite different and looks good. On the other hand, Ayush has done a commendable job on physics, but his class of acting nuances is incomplete. However, his hard work is clearly visible in the film. On the other hand, Mahesh Manjrekar has once again appeared in the film in the role of a drunken father, in which there is nothing new. The best performance in the entire film is given by Sachin Khedkar, who plays the father of Rahul (Ayush). Along with this, Mahima has also not worked out of league.

View or not: Although there is nothing very special in this film that will keep you hooked, but the kind of spice that Salman Khan’s fans want. This film lives up to that scale. So in such a situation, if you are a Jabra fan of Salman Khan, then you can watch this film.

Share
Facebook
Twitter
Pinterest
WhatsApp
Previous articleChhorii Review: Doesn’t scare but keeps ‘Chori’ tied till the end, Nushrat Bharucha gave a strong message with strong acting
Next articleExclusive! Salman Khan on ‘Antim: The Final Truth’: When you are playing a Sardaar, you need to ensure that Singh is King – Times of India

PLANNING A TRIP? HERE’S HOW YOU PREP FOR IT!