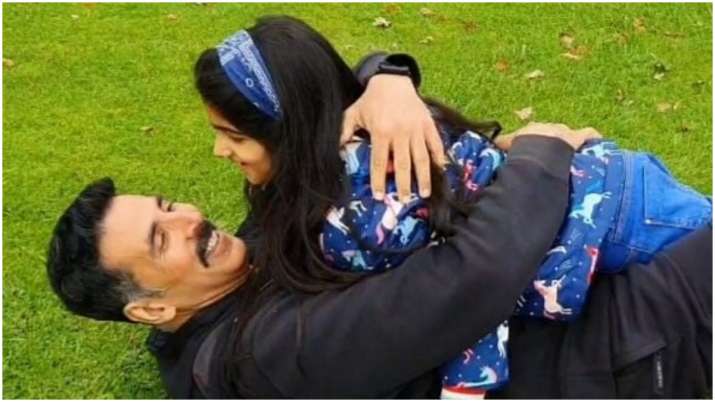 Akshay Kumar is very active on social media. He keeps sharing pictures of special moments spent with his family with fans. On the occasion of daughter Nitara’s birthday on Saturday, the actor and his wife Twinkle Khanna shared a special post.

Akshay and Twinkle’s daughter Nitara has turned 9 years old. On Nitara’s birthday, Akshay shared a picture hugging her. In the photo, Akshay is seen sitting on a chair. At the same time, Nitara is sitting on his lap while hugging him.

Akshay Kumar’s film ‘Suryavanshi’ will be released on Diwali, said – ‘Now no one will stop – the police is coming’

Sharing the post, Akshay wrote- ‘There is no greater happiness in the world than a tight hug of a daughter. Happy Birthday Nitara. Grow up, take care of the world, but always remain father’s little daughter. Love you.’

Twinkle Khanna has also shared the post on Nitara’s birthday. She shared a post on Instagram in which she was seen kissing her daughter’s forehead. In the photo, Nitara is seen wearing a birthday cap.

Sharing the photo, Twinkle wrote- ‘I have had this serious face and sense of humour in my life for nine years.’ He wrote in the last- ‘She kept on laughing like this with a laugh in her eyes. Happy Birthday.’

First look out of Shahnaz Gill-Diljit Dosanjh’s film ‘Hausla Rakh’, trailer to be released on this day

Fans got emotional on the first death anniversary of SP Balasubramaniam, #SPBalasubrahmanyam trended

Yeh Rishta Kya Kehlata Hai: 3 twists will change the story of the show, Karthik will be missing and Seerat will die like this

Card sent to everyone after Rhea Kapoor’s wedding, told the reason for not calling big stars

Neena Gupta: I don’t think I‘d have written my autobiography if my parents or brother were alive – Times of India