Aditya Seal and Anushka Ranjan Kapoor got married, see the first picture of the wedding 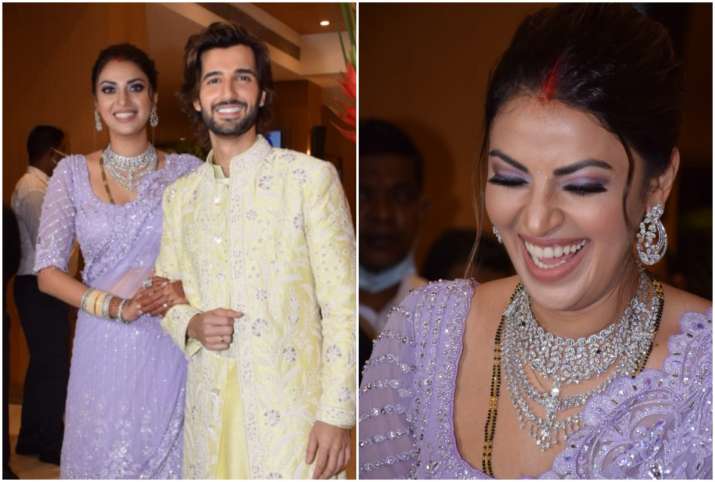 Aditya Seal and Anushka Ranjan Kapoor have become each other forever. Both these stars took seven rounds at the Novotel Hotel located in Mumbai. Wedding pictures of these two stars have come out in which both of them are looking very happy and fabulous together.

PICS| Aditya Seal arrived with a procession to marry Anushka Ranjan Kapoor, was seen having fun in the open car

On this special day, Anushka Ranjan Kapoor was wearing a purple colored lehenga. With which diamond necklace and bun were made. At the same time, Aditya was wearing a sherwani of a combination of seal cream and yellow color. Both these stars got married with traditional rituals. After marriage, these two stars came together in front of the media and also posed fiercely.

When Anushka came in front of the media after marriage, she was seen wearing mangalsutra around her neck and vermilion in demand. These two stars also greeted the media with folded hands. Many wedding videos of these two stars are also going viral on Instagram. In which both of them were seen doing wedding rituals.

Watch this video of both of them jaymal…

Now see this picture of Anushka and Aditya immediately after Jaimaal. In this picture, Aditya is seen lovingly holding Anushka’s hand.

Check out this picture of Anushka and Aditya’s mandap..

Share
Facebook
Twitter
Pinterest
WhatsApp
Previous articleVirat Kohli shared a new photo with Anushka Sharma, wrote this special thing for his wife
Next articleActress Madhavi Gogte, who played the onscreen mother of ‘Anupama’, passed away, was ill for several days

How To Figure Out Your Skin Like a Models?